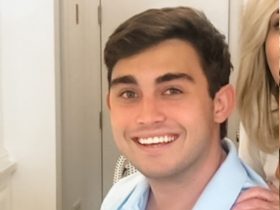 Carter Belfort Net Worth – The “Young” Wolf of Wall Street

In life, Selena Quintanilla rose to the status of the undisputed Queen of Tejano music. She was an international superstar. But in death, her image and popularity grew bigger than ever. Since her shooting, the legend of the talented and beautiful vocalist spread from her hometown through the world. How much was Selena Quintanilla’s wealth?

Her murder that happened when she was only 23 years of age left everyone wondering “what if”. Her death had a widespread impact. People in the music industry compared the reactions to the murder to those of John Lennon, Elvis Presley, and even US President John F. Kennedy.

Following the death, major television networks interrupted their regular program to break the news. Some named her “The Mexican Madonna”. The New York Times used her death for front-page news for two consecutive days. Many memorials, murals, and vigils followed.

So, let’s take a look at her career before her death. And how much money she was earning.

Born in 1971 in Lake Jackson, Texas, Selena was the youngest child in her family. She had Cherokee ancestry on her mother’s side and Mexican American ancestry on her father’s side. Raised as a Jehovah’s Witness, Selena started to show interest and talent in music at the age of 6. Her father noticed her talent instantly.

In 1981, her father opened a Tex-Mex restaurant where Selena and her siblings performed. The restaurant closed one year later due to the 1980s oil glut.

The family declared bankruptcy and moved to another city. Quintanilla Jr., Selena’s father, started working as her manager. The girls formed the band Selena y Los Dinos and started promoting the band for money. They played on street corners, fairs, weddings, and everywhere else.

Her popularity as a singer quickly grew. But it started posing a problem for her education. Selena’s teacher disapproved of her musical career. Luckily, her father took her out of school in eighth grade and helped her focus more on her music career.

The family refurbished an old bus and named it Big Bertha. They used it for their tour bus. In the first year, they sang for food and barely made ends meet. Sometimes, they had no money for gasoline.

Selena wanted to record music related to her heritage. She had to learn Spanish phonetically during recording sessions. In 1985, for her album promotion, Selena appeared on Johnny Canales Show. It is a Spanish-language radio program that helped her launch her career.

In the next few years, she started working with Rick Trevino, the founder of the Tejano Music Awards. In 1987, she won Female Vocalist of the Year. And then she continued winning the award for nine years in a row.

Despite her success, Texas music venues didn’t want her. Promoters told her father she cannot make it as a female in a male-dominated genre. By the end of the 1980s, Selena released five more LP records.

In 1989, she released her self-titled debut album. Selena recorded most of the songs at AMEN studios.

The album peaked at Number 7 on the US Billboard Regional Mexican Albums chart.

Coca Cola wanted Selena for their spokespeople in Texas. Chris Perez recorded the jingle for one of the commercials. A few months earlier, Chris joined the Selena y Los Dinos band as the new guitarist.

Perez quickly developed romantic feelings for Selena. In the beginning, he wanted to distance himself from Selena, but the two couldn’t do it. The two expressed their feelings at a Pizza Hut restaurant and started dating shortly afterward. They hid it from her father, Quintanilla Jr. fearing he would try to break them up.

Selena released her second album in 1990. The same year, a registered nurse and fan Yolanda Saldivar asked Quintanilla Jr. to start a fan club in San Antonio. Expecting the fan club to bring more exposure to the band, Selena’s father accepted the request.

In 1992, almost more than a year after a secret relationship, Selena’s father found out about her time with Chris. He took Perez off the bus and told him their relationship will end. But the two continued despite his disapproval. Her mother approved the relationship.

On April 2, 1992, Selena and Perez decided to elope. Within hours of the marriage, the media announced the news of the elopement. One month later, she released her third studio album, Entre a Mi Mundo. Many critics cited it as her “breakthrough album”. It peaked at Number 1 on the US Billboard Regional Mexican Albums chart for eight consecutive months. And it got 10x platinum certification.

In 1994, Selena used her music popularity to start a fashion line. She opened two boutiques, Selena Etc. in San Antonio and Corpus Christi. Both featured in-house beauty salons. Her fan, Saldivar, managed the boutiques after Selena and her father loved her work on the fan club.

By the end of 1994, Selena released her fourth studio album, Amor Prohibido. It debuted at Number 3 on the US Billboard Top Latin Albums chart. The album helped her popularize her music among the younger audience. It made history as the album with the widest audience in the genre’s history. And it earned her a Grammy Nomination for Best Mexican/American Album in 1995.

Amor Prohibido helped her grew her status to Queen of Tejano Music. Many critics considered her bigger than Tejano itself. Selena managed to broke barriers in the Latin music world.

Things went south for Selena in January 1995. Her father started getting phone calls from fans telling him they got nothing in return after paying for the fan club. His father wanted to know what happens and found out Yolanda Saldivar embezzled money from the club. He and Selena confronted Yolanda.

Selena visited Yolanda in her hotel room at the Days Inn in Corpus Christi. She demanded financial papers from Yolanda, who got a gun and pointed it at Selena. Saldivar shot her on the right lower shoulder. Critically wounded, Selena tried to run towards the lobby but collapsed on the floor. Her death followed quickly after.

At the time of her death, Selena Quintanilla’s fortune was more than $10 million. She had 14 songs in the Top Latin Songs chart. Seven of those made it to Number 1. Many critics praise her as the Mexican Madonna.