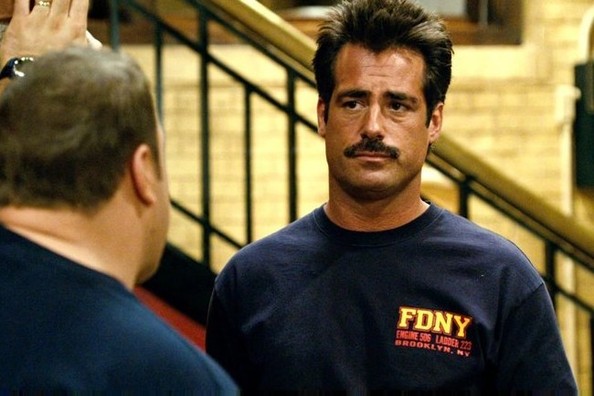 Chris Perez is a 51 years old singer from San Antonio. Many people know him as the husband of Selena Quintanilla. She died at the age of 23 as the Queen of Tejano. Despite their relatively short relationship, many people still relate Chris to Quintanilla. How much is Chris Perez’s worth today? And did he get any money from Selena’s wealth?

Let’s take a look. At the time of her death, Selena had a fortune of $10 million. How much did he inherit? What are his rights?

Born in 1969 in San Antonio, Texas, Chris has Mexican-American ancestry. That is something they have in common with Selena. His parents divorced in 1974 when he was only four years old. And then his mother remarried in 1978.

During his middle school years, Perez learned to play the French horn. He joined the school’s concert band. But he wanted to learn to play electric guitar, despite his mother’s disapproval. She got concerned about the negative stereotypes associated with the rock-and-roll world.

During his childhood, Chris listened to Kiss, the Scorpions, Van Halen, Iron Maiden, and Ozzy Osbourne. But he also loved Ricky Martin. He draws inspiration for his guitar solos from Carlos Santana.

At the age of 17, he wanted to run away to Los Angeles and start a rock band. He shared an apartment with his father and worked at a library. In 1986, Tony Lares invited him to join his cousin’s band, Shelly Lares. Shelly performed Tejano music, a mixture of traditional Mexican folk music with polkas and country music.

Despite his dislike for the music, he joined the band because it paid money. He earned more than working at the library. Quickly after, he served as the musical director of the group. Chris co-wrote songs for Shelly’s debut album in 1998. And many fans loved his guitar playing.

In the 1980s, Perez already rose to fame in the world of Tejano music. Musicians respected him for his guitar skills. This caught the attention of Selena’s father, who wanted a new guitarist for the band. One year after he joined the band, Chris started a relationship with Selena.

Her father Abraham Quintanilla forced them to break up. He insisted Perez’s image will damage her career. But despite Abraham’s dislike, Selena and Chris continued a secret relationship. They eventually eloped and Abraham had to accept the relationship.

Chris started the relationship with Selena after writing her Coca Cola’s commercial jingle. The company accepted the lyrics and Selena filmed it.

After Abraham accepted him into the Quintanilla family, Chris often wrote songs for Selena, but also for another band. Abraham asked him to write songs for a rock band he managed. Selena’s father opened a recording studio and managed other bands as well. That collaboration resulted in a posthumous recording for Selena.

One of Selena’s employees, Yolanda Saldivar, embezzled money from her and her family. Selena trie to reason with her. But on March 31, when Selena faced Saldivar, the two got into an altercation. Yolanda pulled a gun and fired at Selena. She shot her in the shoulder blade and pierced a major artery. Selena tried to run away but collapsed on the floor of the hotel lobby.

Following the death, Chris couldn’t eat for two days. He started abusing alcohol and other drugs and went into seclusion. He started losing weight rapidly. At the end of the day, Chris felt guilty for not protecting Selena.

In 1996, he moved out of the Corpus Christi family house and went back to his father in San Antonio. There, he met with Venessa Villanueva. They started dating in 1998 and got married in 2001. Together, they have two children, a boy, and a girl. In 2008, they got a divorce.

Following Selena’s death, Chris started writing music. He formed a rock band with his friend John Garza in 1998. The band signed with Hollywood records. In one of the songs for the debut album, Chris wrote about his feelings after losing Selena.

In March 2012, Chris published the book To Selena, With Love. In it, he describes their relationship and struggles. He says fans asked him to write the book. But he didn’t ask for approval from the Quintanilla family. Abraham approved it after the release. But he didn’t allow any movie projects.

As of September 2020, Chris Perez’s cash flow is more than $6 million. Following the death of Selena, he and Abraham Quintanilla created an estate agreement. The agreement gives exclusive rights to Selena’s name, voice, story, and everything else to Abraham. Perez consented to the agreement for 25% of the net profits from the properties.

During his career, Perez worked with Selena y Los Dio, Kumbia Kings, Chris Perez Brand, and Kumbia All-Stars. In total, he participated in 12 albums between the four projects.

In March 2012, he published the book To Selena With Love. He wanted to make a television series based on the book. But Abraham didn’t allow it. He sued Perez leaning on the estate agreement the two signed. Chris says he signed the deal under duress. But Abraham won the legal battle. So, Chris cannot film a television series based on his popular book.

As of September 2020, Chris Perez’s wealth is more than $6 million.