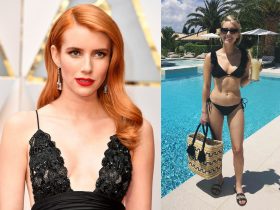 Apple Original Films recently announced via the Hollywood Reporter that actress Whoopi Goldberg would join the cast of the animated film Luck. Goldberg will lend her voice to the character of The Captain, who is the head of security in the film’s Land of Good Luck. Her character in the film is tough with a keen sense of intuition. The Captain’s main job is to protect the lucky pennies by keeping bad luck away.

Whoopi Goldberg joins actress Jane Fonda, whom Apple and its collaboration partner Skydance Animation had announced earlier. Goldberg’s role in this animated film is markedly different from her last appearance in The Stand. That film is an adaptation of horror writer Stephen King’s novel by the same name.

About the Movie Luck

Originally slated for release in March 2021, the directors of Luck have pushed its release date to February 18, 2022. Kiel Murray wrote the Spanish-American film that Peggy Holmes directs. The movie’s premise is that a girl who feels she has always been unlucky stumbles upon the world of good luck and bad luck that no one else has ever seen.

Along with her new friends who are magical creatures, the story’s hero uncovers a force stronger than either good luck or bad luck. Jane Fonda stars as The Dragon, the CEO of the Land of Good Luck. She has a reputation for being the luckiest ancient being in the entire land, and everyone sees her as powerful, elegant, and stylish.

Unfortunately for the dragon, she feels dissatisfied with the amount of good luck she already has and goes in search of even better luck. This results in bad luck that seems insurmountable. The chain of events forces The Dragon to finally face her fears or risk losing her exceptional good luck forever.

Whoopi Goldberg was born in New York City as Caryn Johnson in November 1955. She is an actress, comedian, and producer who has worked with film, television, theater and live recordings. Goldberg also spent time as the co-host of a talk show called The View.

Goldberg spent her childhood in a housing project in Manhattan.

However, that did not stop her from acting with a children’s theater group starting at the age of eight. When she was 19 years old, Whoopi Goldberg moved to California where she continued to perform live theater. She also began work as a stand-up comedian at this time.

At age 30, Goldberg had a leading role in the dramatic movie The Color Purple. Her performance earned her a Golden Globe Award and Oscar nomination. Goldberg has also received several Academy Awards throughout the years.

John Lasseter helped to make Goldberg’s role possible as the leader of Skydance Animation. He also works as an animator, writer, producer, and director. The animation industry has honored Lasseter for his outstanding work with two Academy Awards. People inside and outside the entertainment industry recognize John Lasseter as one of the original pioneers of using computer graphics imagery in animated films.

Before coming onboard with Skydance Animation, he held the Chief Creative Officer position at both Disney Animation Studios and Pixar. The two companies are the world’s leading animation studios. Lasseter is responsible for helping to produce some of the most well-loved animated films of modern times. Examples of these films include: