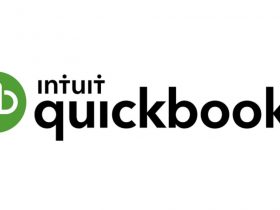 Twitter is an American microblogging and social network service. Users can post and interact with messages between them. Tweets, as we call them, are a great way of sharing your message. Twitter launched in July 2006. Who owns Twitter?

And as of March 2019, Twitter has had more than 330 million monthly active users. The microblogging service is one of the most popular. So, naturally, people often ask who owns Twitter?

History Of The Company

It is a funny story of how Twitter started. Everything started from a daylong brainstorming session held by board members of the podcasting company Odeo. Jack Dorsey was an undergraduate student at New York University at the time. He introduced the idea of an individual using an SMS service to communicate with a small group.

The original project code name was Twttr. It was inspired by Flickr and the five-character length of American SMS short codes. One problem was that the domain twitter.com was already in use at the time. So, they couldn’t name their product Twitter.

But six months after the launch of Twittr, the crew purchased the domain and changed the name of their service to Twitter. They initially considered 10958 as a short code, but later changed it to 40404 for ease of use and memorability.

Twitter CEO Jack Dorsey published the first Twitter message at 9:50 pm UTC, “Just setting up my twttr”. He then explained the origin of the Twitter title, “We came across the word ‘twitter’, and it was just perfect. The definition was ‘a short burst of inconsequential information’, and ‘chirps from birds’. And that’s exactly what the product was.”

The prototype, developed by Dorsey and contractor Florian Weber, was first used as an internal service for Odeo employees. The company introduced the first full version publicly on July 15, 2006.

By October 2006, Mr. Dorsey and other members of Odeo formed Obvious Corporation and acquired Odeo, together with its assets from the investors and shareholders.

In the beginning, even they didn’t know what it was. They called it a social network, a microblogging service, but it was hard to define. Twitter didn’t replace anything, it was its own unique product.

The first big moment in Twitter history came in 2007 at the South by Southwest Interactive conference. During the event, Twitter usage increased from 20,000 tweets to 60,000 per day. And then Twitter took home the Web Award prize with the remark, “We’d like to thank you in 140 characters or less. And we just did”.

Twitter usage spikes during any prominent event. One of the first big events was the 2010 FIFA World Cup. Fans wrote 2,940 tweets per second in the third-second period after Japan scored against Cameroon on June 14, 2010. That record was broken after the Los Angeles Lakers victory in the 2010 NBA Finals on June 17, 2010, with 3,085 tweets per second.

By the end of 2010, the company changed some of its features and introduced the New Twitter. Fans could see pictures and videos without leaving Twitter itself.

The next redesign came in April 2014, making the website resemble Facebook with profile pictures and biography. This layout was used as main for the desktop front end until July 2019.

In 2019, Twitter introduced the newest New Twitter in a gradual rollout. Due to the Covid-19 pandemic, Twitter saw dramatic growth in 2020. The company saw an increased use for misinformation related to the coronavirus pandemic. In March 2020, the company announced it will mark tweets that contain misleading information.

During its life, the social media platform had to endure several problems. But the biggest was how President Donald Trump used the service for his Twitter activity. Following his departure from the White House, Twitter management permanently suspended his Twitter user and account.

Today, the social networking service has almost 330 million active Twitter followers across the globe. That makes Twitter one of the most popular social media platform options in the world.

Jack Dorsey is the man responsible for the success. Twitter is now a public company and traded on the NYSE stock exchange. That means there is no single owner. Who owns Twitter? Multiple people own the microblogging service.

Almost 80% of the shares are owned by institutions, including private companies and investment funds. Some of the big institutional owners are Morgan Stanley Investment Management, the Vanguard Group, and more. CEO and Twitter founder Jack Dorsey has the largest share of individual shares at 2.25 percent. The company has a market capitalization of $53.47 billion and brings in almost $4 billion in revenue per year.

We said that many companies and institutions own Twitter. Nearly 75% of Twitter stock is owned by institutional investors who buy large stakes in companies. Let’s see the five biggest shareholders of the microblogging company.

This is another multi-billion company. The multinational financial services and investment company holds the second-largest stake in Twitter. The wealth management company has nearly $2 trillion in customer assets. Their share in Twitter is roughly 46 million shares, which is 5.8% of Twitter.

The global investment manager owns 37.2 million shares of Twitter, accounting for roughly 4.7% of all outstanding shares.

Known as State Street Global Advisors, this firm offers a broad array of investment management services to individuals and institutions. They have 35.7 million shares of Twitter stock, which accounts for 4.5% of all shares.

This company focuses on long-term investment strategies. It manages about $121 billion as of March 2020. They own more than 24 million shares of Twitter or about 3.07%.