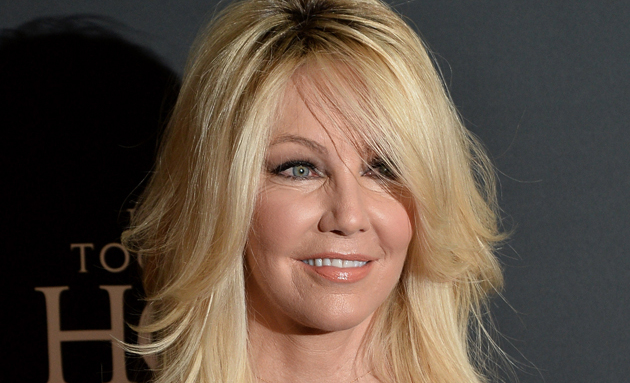 Michael Thomas Green, or Tom Green, is a Canadian actor, comedian, and talk show host. He has his own unique brand of shock comedy. Thanks to his MTV show, he found a mainstream public. Tom made his fortune thanks to roles in famous Hollywood movies like Road Trip, but also from his stand-up comedy.

Tom has an estimated net worth of close to $5 million. That is a lot for a stand-up comedian. But Green is a great example of a successful story. Few comedians and talk-show hosts earn millions. Tom is one of the few.

And he is one of the pioneers of podcasting and working from home. From 2006 until 2011, he hosted an internet show Tom Green’s House Tonight from his living room. In 2010, he also began with stand-up comedy.

Green started performing stand-up comedy at the age of 15 at the Yuk Yuk’s comedy club. He performed for more than two years. He still does stand up now.

He got into the radio while attending Algonquin College. He hosted an overnight call-in show on the campus radio station. His 1990 rap music show was a great success. During his time on the radio, he met Glenn Humplik.

They became friends, and together, they started the Midnight Caller Show. Their show would go on from 1993 to 1996. The concept was simple. Listeners would call in, and Tom and Glenn made fun of them.

In the early 1990s, he also made a short career in rap music. As a host for Rap Show, Tom was a great fit for a rap group. He performed under the alias MC Bones in the Organized Rhyme group. Their single Check the OR” got a Juno award nomination in 1993 for Best Rap Recording.

His success as comedian and rapper got him an own non-paid television show on cable TV. He started his The Tom Green Show in September 1994 and aired until 1996. It was one hour no commercial public cable access program. He tried a variety of show formats, including guests, band play before a live audience, taped segments of stunts, and more. Some of the stunts included his parents.

His show was popular thanks to his shock humor. He pretended to hump a dead moose, he had an X-rated lesbian scene painted on his father’s car, and more. He even drank milk by sucking on cow’s teat. Other segments included humiliating his co-host and friend Glenn Humplik.

Because of his fame, he couldn’t ambush people anymore during man-on-the-street segments. He had to target non-English speakers and senior citizens. Green stopped production in March 2000, after the cancer diagnosis.

His main source of income is his stand-up comedy. Yes, you heard it right, he makes a lot of money as a comedian. His diverse and eminent career put him in places like acting, rapping, writing, and even directing.

He began as a stand-up comedian when he was just 15 years old. Tom performed in local clubs, and his style was unique. He included a lot of political comedy, dark humor, shock comedy, and satire in his performance.

From 1993 until 1996, he worked as a radio host and interviewed popular celebrities like Eminem, Adam Carolla, Dennis Rodman, and others.

This might come as a surprise, but he also released a studio album. In fact, more than one. His single “I Wanna be Friends with Drake” features Drake himself.

A big chunk of his income comes from movies, both acting and producing. His acting roles include:

In total, he has 36 acting credits, 15 writing credits, and 18 producing credits. And he is successful in his job. He won Teen Choice Award and got a nomination for Blockbuster Entertainment Award.

Let’s take a deeper look into Tom Green’s achievements and awards. In 2001, he got the nomination for Blockbuster Entertainment Award for Favorite Supporting Actor in comedy. That was for his role in Road Trip. For the same movie, he got a nomination for Best Comedic Performance and Breakthrough Male Performance by MTV Movie Awards.

We also have to note that Tom has not so great roles. For example, his role in Freddie Got Fingered earned him a Razzie Award. He won Worst Actor, Worst Screen Couple, and Worst Director.

He has a house in Los Angeles with 2 bedrooms, 2 bathrooms, a swimming pool, and a garage. The house spreads on 1,591 square feet.

Tom Green is currently single. He got married to Drew Barrymore in 2001. The couple met on the movie set, but their performance in Freddie Got Fingered was catastrophic. They divorced only one year later. Tom filed for divorce due to irreconcilable differences.

After Barrymore, Green dated Mary Carey, Brittany Murphy, and Erin Darling. He has no children.

In 2000, he got diagnosed with testicular cancer. Doctors successfully treated him, but after the treatment, he took a temporary hiatus. He returned to the screen in 2009, appearing in the Celebrity Apprentice for Donald Skinner Urological Cancer Research Foundation.

He supports several charities and organizations. He made donations of $10,000 for the Cancer Care North Lancashire and helped in fundraising for the Mental Health Charity. He also has his own charity, Tom Green’s Nuts Cancer Fund.