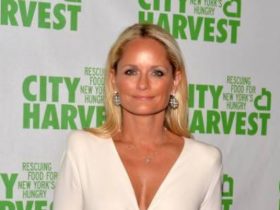 Suge Knight was a bigger-than-life hip-hop mogul in the 1990s. The American music executive and record producer is also a famous football player. Born in 1965, Suge Knight launched several hip-hop careers, including Dr. Dre, 2pac, Snoop Dog, and many others.

Born in Compton, California, Suge lost all his fortune and his Death Row Label.

Suge went to Lynwood High School, where he played football. He graduated in 1983 and continued at El Camino College. He continued playing football up to 1987. He also played for the University of Nevada in Las Vegas.

After college, he got invited by the Rams in their training camp in Los Angeles. He was not part of the first-round draft but as a replacement.

He did relatively well with the National Football League. After that, he got a job as a concert promoter and a security guard. He worked for celebrities like Bobby Brown. That helped him open his studio and publishing house. Suge started great, and the company made profits. Vanilla Ice agreed to pay for the song Ice Ice Baby, for example. That is right, Suge helped create one of the most popular songs.

He also set up an artist management business. He helped some artists leave the N.W.A record label. For example, he convinced Dr. Dre to come over. Together, they formed Death Row Records in 1991. Dre released his first solo album in 1993 the Chronic under the Death Row label. He released his second album in 1994, both reaching platinum status.

How Much is Suge Knight Net Worth?

He earned most of his money through music executive duties. Knight earned some money thanks to his professional career as well. He was a shareholder in the Music Production Company.

During his heyday, he was the most powerful hip-hop music producer and manager. But due to several suits and serious crimes, he lost all his money. Let’s talk about the rise and fall of Death Row.

In the early 1990s, Dr. Dre and The D.O.C wanted to leave NWA and the Ruthless Records label. But they couldn’t. Suge Knight threatened Eazy-E and the NWA manager to release Dre and other artists from their contracts. As a result, Dre and Suge co-founded Death Row Records in 1991. Suge wanted to make the company the Motown of the 1990s.

Knight started a feud with East Coast entrepreneur Sean Combs. He insulted the Bad Boy label founder during the Source Awards in 1995. He invited anyone who doesn’t like the conditions by Bad Boy label to come over to Death Row. Knight criticized Puff Daddy appearing in music videos by his artists.

In 1995, he also got Tupac Shakur and released the rapper’s double album All Eyez on Me.

Suge had a close relationship with MC Hammer and signed him in 1995. Hammer did tracks with Shakur and other Death Row artists, and also released his own album.

During the best years of the company, Death Row earned more than $450 million. In the first four years alone, the record label sold more than 20 million albums. But frustration over the thuggish reputation made Dre leave the company. He formed his own label, Aftermath Entertainment.

Murders of Tupac Shakur and Biggie Smalls throw a shade over Death Row and Suge Knight. He was never charged by any prosecutor for involvement. Yet, many of the artists suspected he had something to do with the murders.

The Death of Death Row

The downfall of Death Row happened in the mid-2000s. At the time, Suge Knight was part of a court suit against him. Lydia Harris filed a lawsuit against Knight, claiming that she co-founded Death Row Records. Lydia said she invested $1.5 million, provided by her husband, Harry O Harris, a cocaine kingpin in the 1990s.

Suge Knight skipped several court hearings and refused to disclose his assets. He finally filed for bankruptcy. The court sided with Harris and threw the switch on Death Row Records.

That was the ignoble end to the once glorious label. Death Row expanded on the style of West Coast gangsta rap and made several hip-hop artists larger-than-life stars.

The Death of Death Row is just one of the legal troubles Suge Knight survived. Over the years, he got involved in several personal and legal troubles.

Here is a quick breakdown of them.