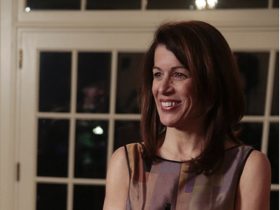 Once again, we all have Stranger Things fever. After a three-year wait since the events of the Battle of Starcourt Mall, the worldwide phenomenon that is Netflix’s exclusive series Stranger Things has returned for Season 4. Here’s everything you need to know about the show’s penultimate season!

When Will Season Four Drop?

It’s been a long wait since Season 3 graced the small screen in July 2019 – but Stranger Things Season 4 is finally upon us! Well; not quite. Season 4 has been split into two distinct parts, in the form of Season 4 Volume 1, and Season 4 Volume 2. Volume 1 was exclusively released on Netflix in its entirety on the 27th May, comprising seven episodes.

Volume 2 is the series finale, comprising only two episodes – but these are episodes with a difference. Each instalment is its own feature film, with episode 8 being 85 minutes in length, and the final episode boasting an incredible 150-minute runtime – a point which has become a unique selling point in a world of shortened attention spans. Volume 2 is slated for a 1st July release – but what exactly can we expect from the latest season?

What Can We Expect from Season Four?

Stranger Things Season 4 picks up six months after the Season 3’s finale set-piece in Hawkins’ Starcourt Mall, where the Party – schoolfriends Will, Mike, Max, Dustin, Lucas and Eleven – faced off against the cosmic horror of the Mind Flayer.

At the start of Season 4, the Party are split; Eleven and the Byers family have relocated to California, where Eleven struggles to come to terms with ‘normal life’, the loss of her powers, and going long-distance with Mike. The rest of the group start up high school in Hawkins, with a host of new characters and challenges awaiting them – including a new DnD club called The Hellfire Club.

Meanwhile, Hopper is languishing in a Russian prison, presumed dead after having sacrificed himself to close the gateway to the Upside-Down and save everyone. However, not everything is at it seems there, either – with new experiments and otherworldly terrors around the corner. One such terror is a humanoid horror by the name of Vicnus. What could it all mean?

Of course, all that remains is to watch the show; but before you delve back in to the nostalgia-tinged fantasy horror of Stranger Things – and while you wait until Volume 2 drops –, here are some fun facts about the Stranger Things IP and its production.

Naturally, Stranger Things is a wildly popular show, with record ratings and a devoted following of young and old alike. It is so popular that there is a whole host of merchandise available to collect, including a Funk Pop for each of the series’ most beloved characters.

The Party are the central characters to the season, echoing famous leads from 80s coming-of-age films like The Goonies, Stand By Me and ET. Indeed, the child actors were given lines from Stand By Me to audition with!

David Harbour’s portrayal of Chief Hopper is one for the ages – and it may surprise you to know that David Harbour was the first, and only, choice for the character!