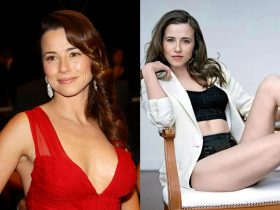 Skydance Animation is a new creative animation studio focused on telling highly original stories. It attracts some of the most innovative minds who have a great passion for telling great stories. Skydance Animation seeks to captivate and touch the hearts of its audience with engaging stories and dynamic characters. The studio creates highly original feature films, series, and shorts. The film Spellbound is an upcoming feature film by the studio. This and the studio’s other works are intended for all ages. Skydance Animation Head, John Lasseter has fashioned the studio as a community of extremely talented and dedicated global talent. New York and Madrid house the studio’s headquarters.

John Lasseter was formerly the chief creative officer of Walt Disney Animation Studios and Pixar, the two largest animation studios in the world. Lasseter acted as a pioneer in the realm of using CGI in animation, and he was instrumental in making Pixar a success. Now, he serves as Skydance Animation’s director of animation and chief creative officer, leading it into the future of animation. He brings an enormous amount of industry experience to the role and studio. John Lasseter is the winner of two Academy Awards for his outstanding work in the animation industry.

Spellbound is a new film from Skydance Animation that joins other instant classics from the studio on AppleTV+. It is an animated musical that features a delightful original score created by Academy Award–winner Alan Menken. Glenn Slater created the lyrics. Spellbound is all about a young girl who lives in a kingdom that has been divided into two. She seeks to break the spell that caused the division. The director is Vicky Jenson of Shrek fame. The writers are Elizabeth Martin, Lauren Hynek, and Linda Woolverton. The executive music producer is Chris Montan. John Lasseter is one of the film’s producers. Apple Original Films worked in concert with Skydance Animation.

In the film, the Queen of Lumbria is a kind ruler of the land along with King Solon, a king with a big heart. These two monarchs have a daughter, Princess Ellian. The three of them embark on a dangerous quest to save the kingdom as well as their family after a spell is cast that turns the royal couple into monsters and aims to keep the land in eternal darkness. Ellian searches out the Oracles of the Sun and Moon to have the spell broken to restore her family and the rest of the kingdom.

Skydance Animation has a long-standing deal with Apple TV+ to create feature films, shorts, and series for the streaming service. Spellbound will be released after the film Luck, the first full-length animated film from the studio, and Wondla, an animated series. It is anticipated that this highly original tale will soon capture the imaginations of people of all ages who see this creative and engaging film.