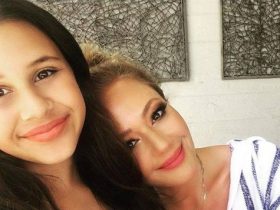 Born in Dersingham, Norfolk, England in July 1949, Roger Taylor is a multi-instrumentalist. He is famous as the drummer of the legendary rock band Queen. He wrote many of the band’s songs, including Radio Gaga and These are the Days of Lives. Taylor also performed with other artists like Eric Clapton, Phil Collins, and Bon Jovi.

Career and source of income

Before Queen, Taylor was a member of the band Smile. Fun fact: Freddie Mercury was a fan of the band, and that is how they meet. Taylor and Brian May worked together in Smile. When the band broke, they formed Queen alongside Freddie. They got John Deacon in 1971 and released the first self-titled album Queen in 1973.

Queen became the best band of the 1970s and continued well into the 1980s and 1990s. With the band, Taylor released 15 studio albums. He is the third most credited songwriter for the band. You can find at least one, or two his songs on every Queen album.

Roger also has several solo albums and solo singles. But they did not bring him much success. His most successful solo album, Fun in Space, peaked at #18 on the UK chart.

Queen, on the other hand, made worldwide album sales of around 300 million. They sold an average of 6 million sales per album. That makes one of the best-selling music artists.

Queen sales soared again after the biographical movie. Bohemian Rhapsody appeared in 2018, earning more than 900 million at the box office. Roger Taylor and Brian May helped the production of the movie.

The two of them also paired with Adam Lambert to go on live tours. They paired in 2011, and in 2012 had a short European tour. In 2014, they announced a world tour. In 2020, they will perform in Australia and will do a short United Kingdom tour.

Net Worth of Queen Members

Roger Taylor is the second richest former member of Queen. He is right behind Brian May, the only other Queen member that continued producing music.

Brian May net worth is $210 million, little more than Roger Taylor.

At the time of his passing, Freddie Mercury had a net worth of $50 million. We cannot estimate how much money he would have now.

John Deacon is the only Queen member without a solo album. Following the passing of Freddie, he retired from music. He said there is no point in continuing without Freddie. Deacon was not part of the Queen + Adam Lambert Live tour. He has a net worth of $170 million.

Richest Drummers in the Music World

Nobody can come close to Ringo Starr and Lars Ulrich. Ringo was the drummer of the legendary band, The Beatles. While many associate the Beatles with John Lennon and Paul McCartney, Ringo was also important. He is the richest drummer, with a net worth of more than $300 million.

Lars Ulrich also has a net worth of $300 million. Lars is the drummer and co-founder of heavy metal band Metallica.

Dave Grohl follows them on the list. You might know him as the lead singer of Foo Fighters. But he was the longest-serving drummer for Nirvana. He played with the group from 1990 to 1994. Dave has a net worth of $260 million.

Don Henley, the founding member of the Eagles is next. Don was the drummer and co-lead vocalist from 1971 up until 1980. He reprised the drummer role for the group’s reunions.

Roger Taylor is fifth on the list of richest drummers.

Taylor earns a lot of money from endorsements as well. His details on sponsorship and endorsements are not out. He is also active on Instagram and Twitter, with more than a million followers on his social media accounts. Per Influencer Marketing Hub, he can earn between $2,000 and $4,000 for a sponsored post.

With so much money, he can live a lavish lifestyle. His home in Puttenham, Britain, costs millions of dollars.

He got married two times. He currently lives with his second wife, Sarina Taylor. They got married in 2010, and so far do not have any children.

Before Sarina, he got married to Dominique Beyrand. He has two children with his former wife, Felix and Eleanor Taylor. He also has three children with former girlfriend Deborah Leng, Rufus, Lola Leng, and Tigerlily Taylor. 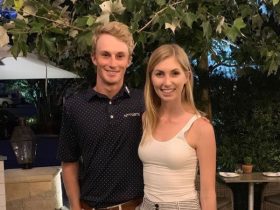