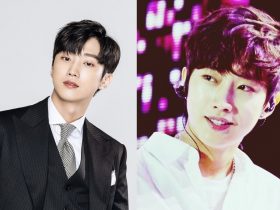 8 Rare Photos Of Lee Jung-Jin When He Was Young

Born in August 1980, Margaret Cassidy Lawson is an American actress. Famous for her role as Detective Juliet O’Hara in the TV show Psych, she started her career at the age of 8. She has appeared in a couple of different sitcoms. And when you appear in a sitcom, fans expect some hot photos. Maggie Lawson’s sexy pictures definitely started surfacing after her sitcom appearance.

Lawson started her career at the age of 8 in local community and dinner theater productions. She moved to Los Angeles at 15 to pursue an acting career. She briefly returned to the theater for the play Greedy in 2011. But for the most part, she plays in sitcoms for the past 10 years or so.

From 2006 to 2014, she appeared in the TV show Psych. Portraying Detective Juliet “Jules” O’Hara definitely put her on the map.

Some of her other notable sitcom roles include Cybill, Boy Meets World, Home Improvement, Smallville, and Fear Itself.

In the past few years, she has reprised the role of Detective O’Hara in the movies Psych: The Movie and Psych 2: Lassie Come Home.

Her most recent roles include the third season of Lethal Weapon, Treehouse, and Outmatched.

As for her personal life, during the run of Psych, she dated the lead actor, James Roday Rodriguez. But as the show ended, so did their relationship. In November 2014, she got engaged to Ben Koldyke. They got married in August 2015, and two years later, they separated.

We start off with a red carpet photo of Maggie, but not the red carpet most people know. In the past several years, the Comic-Con has attracted many stars due to the rise in popularity of supernatural movies and shows. Maggie appeared there as well.

This photo got taken directly from her shows. And it shows her character in true spirit. Maggie is a city girl. And she loves it there, both in her shows and real life. Women always look hotter when they play sports.

Maggie Lawson is one of the cutest and adorable celebrities in Hollywood. She doesn’t ooze hotness like most celebrities. But you cannot help but fall for her. She has that normal person beauty we look at in celebrities.

Maggie doesn’t have the biggest boobs in Hollywood. She doesn’t have the smallest for that matter as well. She falls into that middle ground. But she also loves wearing dresses that emphasize her cleavage. And the red carpet is the perfect place for that.

Finally some sexy-looking picture of Maggie Lawson. Hey, she can put on a tight dress as well. But as you can see, Maggie opts for some unique shapes and designs for her dresses. She knows how to stand out from the crowd.

We move onto the sexy pictures of Maggie Lawson wearing tight dresses. You can never go wrong with a little black dress. Every woman knows it. And it looks amazing on Maggie as well.

Women and animals, that is the dream, right? Men love women who like animals. And Maggie is among the popular celebrities that love dogs. She has a couple of dogs. Here is one photo of Maggie and her dogs. We cannot decide who looks more adorable here. Help?

8. Stunning At The Red Carpet

Let’s see how Maggie looks in a designer dress. Now that is a stunning lady, wouldn’t you say? She sparks in so many different ways.

In the past several years, more and more women opt for a jumpsuit. But while most of us think of jumpsuits as something casual for daily walks, they can look sexy as well. Just look at Dawson here with her sparkling outfit, looking she is about to bring the disco back.

Here is another picture of Maggie with her dogs. And this time, she relaxes in a bikini at her home. You wanted some bikini photos of Maggie Lawson, right?