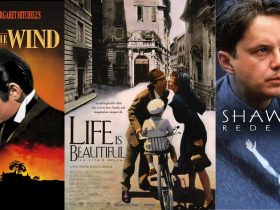 Best Dramas Of All Time – Which One Is Your Favorite?

“Blush” is about a stranded horticulturist-astronaut who crash-lands on a desolate planet after his spaceship collides with an asteroid. Soon after his crash, another spaceship crashes on the planet, and from that spaceship emerges a comely female alien. The name “Blush” refers to the deep pink permanent blush on the face of this female alien. The short film is only 11 minutes long but is expected to deliver a strong emotional message to the viewers.

“Blush” is about the unusual but cute romance between the astronaut and the alien girl, who are not able to verbally communicate with each other but use body language to express their feelings. The astronaut knows how to harvest food on the planet, while the alien knows how to survive the environment. In their partnership to survive the desolate planet, the two fall in love. There is no cast in “Blush,” as there is no verbal communication in the short film.

The movie is inspired by Mary Ann, who was the wife of the director of “Blush,” Joe Mateo. Mary passed away due to breast cancer after an 8-year-long battle with the disease. Mateo is the award-winning director of several animated movies, including “Big Hero 6,” “Bolt,” “Tangled,” “Mulan,” and more. Mateo is the winner of an Emmy Award in 2010 for “Outstanding Individual Animation.”

The partnership between Apple TV+ and SkyDance Animation Studios

SkyDance Media specializes in TV, film, video games, and animation. SkyDance Animation Studio was formed in 2017 when SkyDance Media acquired Madrid-based Ilion Animation Studios. Apple TV+ is a subscription-based streaming service to watch Apple’s original content. The success of Apple TV+ has resulted in close to 100 awards in just over a year since the first content was streamed. Apple’s awards include Primetime Emmy Awards, Critics Choice Documentary Awards, and more.

Along with several TV shows and movies, Apple TV+ has invested heavily in developing high-quality animated content. The multi-year partnership between Apple and SkyDance Animation was announced in early 2021. The partnership is set to release the highly anticipated animated movies “Luck” and “Spellbound” for Apple TV+ subscribers.

John Lasseter is an American producer, film director, animator, voice actor, and creative head. He joined SkyDance Animation Studios as the creative head. He is a two-time Oscar winner for his work for “Tin Toy” and “Toy Story.” Lasseter is widely credited as the first animator to use computer technology in animated movies. The first movie to be fully made using computer technology, “Toy Story” was a revolution in the animation industry.

John Lasseter has a decorated career with two of the leading animation studios in the world: Disney and Pixar. Lasseter served as the Chief Creative Head at Disney and Pixar. Under the creative leadership of Lasseter, Disney and Pixar delivered box office blockbusters, such as the “Toy Story” series, the “Cars” series, “A Bug’s Life,” and more. Lesser graduated from the California Institute of the Arts.