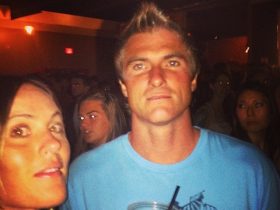 Maciah Bilodeau – How Much Do You Know About The Husband of Misty Raney?

Jennifer Hudson is a famous American singer. She rose to fame as the finalist of the third season of American Idol. She used her fame to get movie roles and release albums and songs. How did Jenifer Hudson manage to earn so much money? Well, sometimes, American Idol can turn your life. For better or worse.

In 2020, Jennifer Hudson’s assets are close to $20 million. She earned the majority of the money thanks to her music career, but also as a judge for The Voice.

MTV called her elimination “one of the most surprising ever featured on the show”. While she won a lot of people, she lost in the Top 7 show of the season.

Despite her elimination, she didn’t give up. She continued to improve, build her resume, and persevere. Eventually, she got a couple of big breaks. She signed a recording contract, putting her on the path to release her first album.

Afterward, she landed a major role in the movie version of Dreamgirls. She played Effie White, one of the most important roles in the musical. Her performance was one of the standouts. For her role in Dreamgirls, she won an Oscar, Golden Globe, and BAFTA award. That single role turned her into a household name.

And you can say all that came thanks to American Idol. Despite her loss, she continued to fight and improve. And the result is now a fortune of $20 million.

Jennifer Hudson had contracts with record labels such as Artista, RCA, and Epic Records. She released three studio albums.

Here is a quick breakdown of her sales and earnings.

All her albums are certified gold by RIAA. Besides her album sales, she appeared in blockbuster movies as well.

As mentioned before, her debut came in Dreamgirls. Here is a breakdown of her movie roles.

She never disclosed her earnings from her acting career. But, since she won a couple of awards, she probably earned a lot.

Some sources claim she earned $8 million for her appearance in the Voice. At the same time, Adam Levine and Blake Shelton earned $13 million per season.

Many celebrities nowadays earn more money from social media than their regular salary. Jennifer Hudson tries to make the most of it as well.

She earns money from her Instagram profile and YouTube profile. She has close to 3 million followers on Instagram. Per Influencer Marketing Hub, she can make between $5,000 and $9,000 per sponsored post. At the same time, she has a YouTube channel with more than 500,000 subscribers. That channel earns her between $1,000 and $13,000 per year.

She has endorsement deals with Adidas Yeezy Boots, APM Monaco, and Burton Snowboards. Jennifer promotes Christian Louboutin and Christian Siriano. She signed a deal with Weight Watchers in 2010. So far, she hasn’t released the details from her sponsorships.

When she was 18 years old, Jennifer dated James Payton, an English actor. They broke up after a few months. She then met David Otunga, who is a professional wrestler. They got engaged after a while. In the next year, they had their first baby.

After eight years of engagement, they broke up. Afterward, Jennifer asked for a protective order against Otunga.

Jennifer lives in a lavish mansion in suburban Burr Ridge, Chicago. She bought a 6-bedroom, 7-bathroom home. Her mansion spreads on 12,000 square feet. She bought it for $2.795.000, which was a lot less than the asking price of $4.2 million. Her home also features 5 fireplaces, garage space for 6 cars, and 2 laundry rooms.

Jennifer Hudson’s earnings of $20 million help her live lavishly. But she also tries to give back to others. She is quite active in charity works. She works with the American Foundation for Aids Research, Barbara Davis Center for Childhood Diabetes, Fulfilment Fund, and FFAWN.

On January 22, 2010, she performed Beatles Let It By for the telethon Hope for Haiti Now.