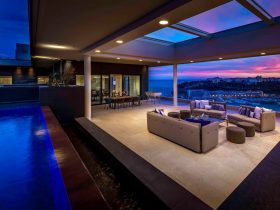 What do you think of when you think about Ireland?

Ireland is not only an incredibly beautiful island but its culture, historical monuments and hedonistic city breaks have earned the country a well-deserved reputation as a must-visit destination.

Though you might think you know a lot about this unique nation, Ireland is cloaked in charm and mystery and under the surface, it holds many wonderful secrets waiting to be discovered – and we’re going to help you start uncovering them!

Here are 12 things you probably didn’t know about this brilliant country courtesy of IrishParcels.ie

You’ve probably heard that the Irish like a drink, but did you know that one of their favourites is tea? Though the English are often famed for their love of the hot beverage, Ireland is the second biggest tea-drinking nation (per capita and per person) in the world. In fact, the average Irish person consumes 2.19 kg of tea a year and the only country that drinks more tea than Ireland is Turkey.

The oldest pub in Europe can be found in the town of Athlone, Ireland. It was entered into the Guinness book of records in 2004 having originally opened in 900 A.D. The pub is still in operation to this day and if you’re ever in the area it’s definitely worth stopping by for a visit (and a pint).

Despite being the Patron Saint of Ireland, St Patrick wasn’t actually Irish himself. Actually, he was born around 386 AD in Wales and he was then captured by the Irish and sold into slavery over there. During this time he worked as a shepherd and later in his life, he returned to Ireland to help spread Christianity. This is how he became the Patron Saint.

Ireland has a bit of a reputation for being wet and for having some very rainy seasons but never has this been more true than during the summer of 2007. That year the nation fulfilled an old Irish proverb – if it rains on St. Swithin’s day (July 15) it will rain for 40 days – and it did! There were 40 straight days of rain throughout the summer with Rihanna’s hit song ‘Umbrella’ said to be number throughout the entire rainy period.

5. The national symbol of Ireland is not the shamrock

Despite being recognised all over the world, the shamrock is not the national symbol of Ireland. In fact, the official symbol of Ireland is the Celtic harp. The symbol is based on the original 15th centre harp which can be found in the Trinity College Library and this symbol has influenced architecture, branding and music across the nation.

6. Ireland is home to plenty of pubs

Ireland is home to plenty of pubs as you probably know, but did you know it has over 7,000 pubs across the nation? And that doesn’t include hotels and restaurants that serve drinks too! So while it might only be a small nation, some towns and cities hold a very high pub-to-resident ratio. For example, in Dublin there is one pub for every 1,000 people that live there.

7. …And there are even more castles!

Not only is Ireland covered in pubs, but there are so many castles there that the official number has never been counted. That said, it is estimated that there are at least 30,000 castles across the country. While some are left as ruins others have been turned into hotels and other attractions.

8. With the right conditions, you can see the Northern Lights

If you were hoping to see the Northern Lights you’d probably head up to one of the Scandinavian countries famed for their views of this natural phenomenon. But did you know you can actually see the Northern Lights from Ireland too? Malin Head up in Donegal is the best place to see them, the only catch is that it has to be a very clear night so you’re not always guaranteed you’re going to get to enjoy the display.

9. Ireland is home to one of the world’s oldest archaeological sites

Though often ancient wonders such as Stonehenge and the Egyptian Pyramids tend to steal the show, the 5000 year old passage tomb known as Newgrange can be found in Ireland. This mysterious archaeological site is part of the Winter Solstice – much like Stonehenge is – and it is said that once a year on the solstice the tomb becomes illuminated by the sun, though very few people have been lucky enough to ever experience this.

10. Ireland is the resting place of Saint Valentine

Did you know that Ireland if the final resting place of St Valentine? The Patron Saint of love can be found in the Whitefriars Street Carmelite Church in Dublin where his ashes are stored. Though they were originally discovered in Rome in the early 1800s, they were later given to a priest in Dublin as a gift where they have been kept ever since.

11. You can’t drink on the streets of Ireland

Despite the huge number of pubs and their love for a pint, it is actually illegal to drink on the streets of Ireland. Yep, you read that right! That said, many choose to ignore the rule and little is done to stop them, but technically it is a punishable offence. Not only this, but all the pubs and bars must stop serving drinks by 2:30 AM every day making these some of the earliest closing times in Europe.

12. The longest coastal driving route in the world can be found in Ireland

The Wild Atlantic Way is a breathtaking coastal drive around the cliffs of Northern Ireland. This is the ‘longest defined coastal driving route in the world’ at 2,500 km. It passes through a whopping nine counties and three provinces. 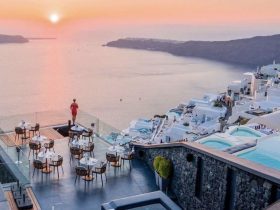 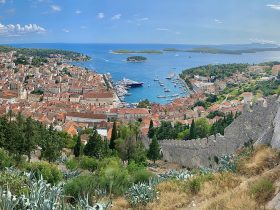