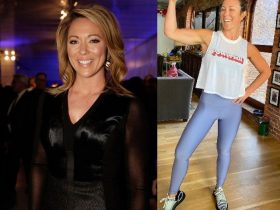 Fat Nick is an American rapper originating from Florida. Yet, we say he is a Greek rapper. Why? Because is of Greek descent. Famous in the music industry, Fat Nick has a huge following on SoundCloud, Twitter, and YouTube. Fat Nick is a member of the Buffet Boys Group. How much is Fat Nick’s cash flow?

The Greek descent rapper rose to fame after hosting the popular YouTube Series, The Nick and Pouya Show. He hosted it alongside his good friend and another rapper, Kevin Pouya.

Besides his music videos, show, and podcast, Fat Nick also posts funny videos. They get even more likes than his music. In the videos, Fat Nick portrays entertaining characters.

Born in 1994 in Miami, Florida, Fat Nick also has a sister. He has Greek origin from his father’s side and Cuban descent from his mother’s side. His mother, Maria Minucci, raised him as a single mother. Fat Nick and his sister started education in the US. Yet, they left it for another “business”.

His mother dated several boyfriends trying to remarry. That made life in the house unbearable for Nick and his sister.

Coming from a family with a low-income, Nick had to work early in his life. The problem was, sometimes, he couldn’t even find manual jobs. He grew up watching his mother struggling to make ends meet.

By the time he got to seventh grade, Nick quit school. He and his sister entered a more “profitable business”. He had ups and downs in life.

So, after leaving school, Nick assisted a drug dealer. That business helped him earn money but also proved dangerous for his life. Nick found himself on the wrong side of the law a couple of times. Determine to make it, Nick got back to his first love, music.

Nick started his career on music platforms like SoundCloud. Thanks to his likable personality, he got a lot of fans. And in his YouTube videos, he makes people laugh and share by posting humorous videos deviating from his personal life.

Going back to music, Nick contacted his close friend Kevin Pouya. He admired and loved Kevin. Both of them dropped out of school. So, together, they formed a rap group, Buffet Boys. Instantly, the group grew and turned into a sensation on SoundCloud.

In 2014, Nick and Kevin decided to pursue a solo career. At that point, Nick released his Drop Em Off debut single. The single featured other members of the buffet boys as well. Fat Nick followed it up with the mixtape “The Heart Attack”.

After their initial solo success, Nick and Kevin teamed up again for the Nick and Pouya Show on YouTube. In the podcast show, both talked about music, life in general, and current events. But they did it in a comical way, making their show even more popular. The show helped both make even more friends in the music world.

Nowadays, Nick talks about his time in prison, his early childhood struggles, and life in general. He talks about how those times helped him understand that music is the way to go. The turning point for Nick was the visit of his grandfather. Besides feeling ill, his grandfather came to the prison to visit him. And Nick knew he had to change.

Nick makes money from different platforms. For example, he has a popular show on YouTube with Kevin Pouya. But he also has a decent fan base on SoundCloud. Some estimates are that Nick earns up to $150,000 per year. That is not much, but it is a decent amount of money.

The majority of his income comes from touring. He went touring to Australia, the United States, and even Europe. His Greek descent helps him gain popularity in Greece, a country he goes to perform often

Most importantly, Nick is a business-oriented person. He owns an online shop, www.shotfatnick.com, where he sells merchandise. He managed to use his popularity to get some merchandise out.

Last, but not least, Nick has a recording studio and co-owns a company with his friend Kevin Pouya. The Buffet Boys Records will help him earn even more money in the future.

Now that Nick understands that drug dealing is not a safe profitable business, we can expect his wealth to go up. These days Nick puts his focus record and album sales, but also merchandise sales.