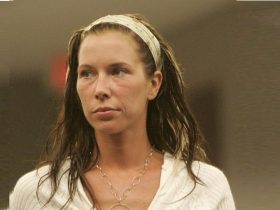 Born in February 1991, Emma is a young American actress and singer. She made her movie debut in the crime film Blow in 2001 at the age of just 10 years. Just three years later, at the age of 13, she got her lead role as Addie Singer on the Nickelodeon television teen sitcom, Unfabulous. Roberts portrayed the role from 2004 to 2007, producing many beautiful photos in the process.

We said she is a singer as well. With that in mind, Roberts released a debut soundtrack album for the series, titled Unfabulous and More in 2005.

Following her success in the Nickelodeon television series, she made an appearance in movies like Aquamarine, Nancy Drew, Hotel for Dogs, Valentine’s Day, It’s Kind of a Funny Story, We’re The Millers, and a few more.

By the end of the 2000s, Emma wanted to get more serious roles. She got tired of Emma Roberts’s bikini photos in movies. Roberts then got roles in Lymelife, Scream 4, Who We Are Now, Paradise Hills, and Holidate.

The American actress gained international recognition for her roles in the anthology horror series, American Horror Story. She also got the lead role of Chanel Oberlin in the Fox comedy-horror series, Scream Queens.

Over the course of her career, Emma has appeared in a couple of horror movies and television shows. And that is her secret weapon. She looks cute, adorable, sexy, and scary in a movie.

Her success in movies and television helped her land a couple of fashion roles and jobs. In February 2009, Neutrogena named her brand ambassador. She appeared in print and television ads for the company.

But Emma is much more than a sexy actress. She is a smart and intelligent one as well. In March 2017, she launched her book club on Instagram, Belletrist. She is an avid reader and loves sharing her stories with other people.

Speaking about her personal life, the Scream Queen started dating actor Evan Peters in 2012. The two got into a heated argument during the summer of July 2013, with police coming to their room and finding them hitting each other.

The couple called it an unfortunate event, and Peters later said in March 2014 that the two got engaged. Yet, in March 2019, it was revealed the two had split.

Since March 2019, Emma is in a relationship with actor Garrett Hedlund. They announced they expect their first child in August 2020. She gave birth to their son on December 27, 2020.

With that in mind, let’s take a look at few sexy photos of Emma Roberts.

Emma Roberts Bikini At The Beach

We start with a couple of bikini photos of Emma Roberts. Paparazzi love Emma because she always wears provocative outfits at the beach.

And here, we see in a colorful pink bikini that looks amazing on her. The stunning beauty channels her Scream Queens character in this outfit.

Here is another photo of Emma in that pink bikini. These photos are all part of paparazzi pictures from her time at Miami Beach a few years ago.

She took time to enjoy the beach while promoting her movie Nerve.

Shoes At The Beach? Why Not

Emma is so casual and down-to-earth, she has no problem wearing whatever she feels like wearing. And she enjoys her time, so why not put on some shoes?

We got used to these Emma Roberts bikini photos. And why shouldn’t we? Emma is a young and beautiful actress that loves showing off her body. She definitely has a body we love seeing.

Look at those muscles and toned body? Why would she hide it from the public? Go ahead Emma, we love you.

Here is another picture of Emma enjoying her time at Miami Beach. We can be sure the water is just fine. After all, Miami has beaches at the ocean.

Many agree that Miami has some of the beaches in the US, if not in the world. And Emma looks stunning while spending time there.

Smile For The Paparazzi

We think it is enough of the pink bikini photos? This one is the last one, we promise. We just cannot help but love these Emma Roberts sexy photos.

The young actress has a beautiful body. And you can see she enjoys her time. Just look at that smile.

Do you want to know the secret? How Emma Roberts keeps her body in shape? Well, look no further than yoga.

Emma is a fan of this activity. While many people look at yoga-like an activity for meditation, the reality is different. You can burn so many calories while practicing yoga. Emma does it, and she looks beautiful in these floral leggings.

Emma wore this amazing dress at the 2019 Vanity Fair Oscars After Party. Yes, it made it to the best-dressed list by many magazines.

And how can it not? Just look how stunningly beautiful the dress looks on Roberts.

We had a couple of bikini photos of Emma Roberts. But how does she look wearing underwear? Luckily, we have the answer to that question.

And it is all thanks to her many advertisements. Emma does ads for many fashion brands. And some of them sell underwear.

In 2017, Emma said in one interview that she used to have a complex of being short. But that is all in the past. She now loves her body and has no trouble showing off.

In the December 2017 issue of Shape magazine, she also talked about diet and her body image. The Scream Queens star had a lot of things to say.

Getting Ready For A Workout

Whatever this girl puts on herself, she looks amazing. Be it a sexy dress, bikini, or even workout clothes. Here is Emma going for her workout, wearing a sports bra and leggings. How can you not love her?

Whenever Emma steps onto the red carpet, she makes a splash. The young star has no problems rocking provocative outfits at the red carpet.

This dress shows a bit of cleavage, and Emma loves it. We as well.

We said before that Emma does a lot of advertisements for fashion brands. As part of that collaboration, she also makes an appearance at fashion events.

Here is she at such an event rocking a dress with a sexy back.

We love Emma and her sexy photos because she looks stunning in everything she wears. No matter if that is casual wear, workout clothes, sexy dress, bikini, or even office clothes.

This picture is from Scream Queens, and we love how she rocks the business attire.

Would you say Emma is a pin-up girl? We do not know about it, but she sure looks like she can portray any character.

We finish off our list of Emma Roberts’s sexy photos with a pin-up picture of her. We hope you loved it.