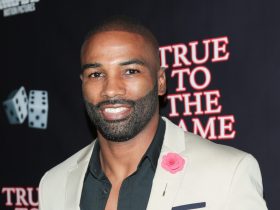 Born as Chloe Celeste Hosterman in January 1996, Dove Cameron is an American actress and singer. She got famous by playing a dual role as the eponymous character in the Disney Channel comedy series, Liv and Maddie. For that role, she won a Daytime Emmy Award for Outstanding Performer. As a singer, she made her debut with the soundtrack album for the series in 2015.

Dove Cameron is famous for playing children. Yet, she hasn’t been one for the better part of a decade. Besides Liv and Maddie, she also appeared in the Descendants movie franchise by Disney. She has Broadway stage experience for her roles in Hairspray Live, and Clueless, the Musical. Fans love her and her appeal as a bubbly personality.

To a varying degree, she is defiant, conventional, carnal, nuanced, and complicated. The exciting woman has been challenging the dominant paradigm of what a rising star looks like. She is the latest in the long history of Hollywood girl next door. But unlike many Disney stars, she has a unique personality and sexuality.

Today, we will take a look at some of the Dove Cameron surgery rumors. But also address how she started her career and changed her name.

As we said previously, Dove Cameron is not her birth name. That is Chloe Celeste Hosterman. Born in Bainbridge, Island, Washington, she has an older sister. As a child, she attended Sakai Intermediate School. At the age of 8, she began acting in a community theater. When she was 14, her family moved to Los Angeles, where she sang in Burbank High School’s National Championship Show Choir.

She is of French descent and even speaks some French. But she also has Russian, Slovak, and Hungarian ancestry.

Her career debut came in 2007 when she portrayed the role of Young Cosette in the Bainbridge Performing Arts stage production of Les Miserables. In 2008, she got the lead role of Mary in The Secret Garden.

In 2012, she was cast in the role of Alanna, a Disney Channel comedy series titled Bits and Pieces. But shortly after filming the pilot, the show was retooled into Liv and Maddie. The rest is history. Cameron played the dual role of Liv and Maddie Rooney.

Speaking about her music career, she has released a single for all shows and movies she has appeared in. And then in 2015, Cameron and Ryan McCartan formed the band The Girl and the Dreamcatcher. They released their first single, Written in the Stars, in October 2015.

Why Did She Change Her Name?

Dove Cameron has gone through several transformations throughout her career. She has changed her name, not only her body.

Fun fact: Her friends and lovers refer to her as Chloe. The rest of us call her Dove.

When she was 15 years old, her father committed suicide. That inspired her to legally change her name to Dove, her father’s nickname for her. Then, when she was 23, her good friend and co-star in Descendants, Cameron Boyce passed away from epilepsy.

And that is how the name Dove Cameron was born. She also has a tattoo of a pistol with a rose emerging from its barrel on her wrist in his honor.

Now let’s address some of the Dove Cameron surgery rumors. Did she have any plastic surgery done? Fans have noticed her facial features have changed since her days as a young child star in Liv and Maddie.

Famous for her big eyes, long lashes, plump limps, and tiny nose, Dove resembles a real-life Barbie doll. That is why fans love her. And that is why she was cast to appear in CW’s Powerpuff Girls.

Following every red carpet event and paparazzi photos, rumors of cosmetic procedure surgeries come to life. The young actress has never gone on the record and admitted any of that. She has not admitted going under the knife.

From the time she was a 12-year old actress, you can notice a distinctive bump down the bridge of her nose and her lips were thinner.  By 2016, many believed she looked more plastic than ever. But by 2020, the American actress toned down the cosmetic procedures and lip injections.

Dove couldn’t have legally had a nose job before the age of 16. You can see that her nose from her days at 16 years of age remains identical to this day. It is more evident on her nose tip, which is one of her cuter features. Yes, it looks slightly rounder, but girls do change. Plus, makeup can do wonders.

This is one area where fans can say for certain she had something done. Cameron looks like she was trying to get pouty lips. Yet, her top lip wasn’t full enough early on.

That has changed in recent years. She has probably had a couple of lip injections on her top lip.

Fans speculate she has had breast implant surgery. But her boobs look real and her cleavage looks natural.

We said Dove Cameron is different than most other child stars and young actresses. During an Instagram live session in 2020, she revealed her true sexuality. She is bisexual and had come out to her mom at an early age. She was only eight years old when she admitted that to her mother.

But she also said, “I have been out in my own personal life ever since I can remember. I think the first time I had a conversation about my sexuality, I was like eight years old with my mom. Anybody who I’ve met since then… I’ve said I’m bi… and it’s just been like, ‘Oh, OK.’ Nobody’s ever been like, ‘What?’

Dove says it is not a big shock once you get to know her. She is now happy to be really, really out. Yes, it is hard to imagine an openly LGBTQ Disney star in the era of Demi Lovato, Selena Gomez, and Miley Cyrus. But that is Dove.