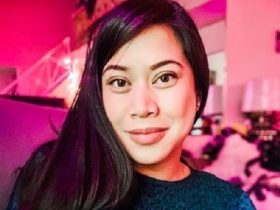 Dolph Lundgren is a Swedish actor, director, and martial artist. He is famous for his role as Ivan Drago in Rocky IV. Lundgren has a stereotypical action hero reputation. He is on the same level as Sylvester Stallone, Chuck Norris, Bruce Willis, Steven Seagal, Jean-Claude Van Damme, and others. He even holds a 3rd dan black belt in Kyokushin karate. But how much action does Dolph Lundgren’s wealth have?

Action movies do make money. Nowadays, they make even more money. Dolph can still act and fight. He showed that with his role in Aquaman, a movie released in 2018.

Sometimes, you need to be at the right time in the right place. That is the story of Dolph Lundgren. He met Jamaican singer Grace ones while in Sydney, Australia. The two started dating, and he became her bodyguard.

At the time, Dolph had a Fulbright Scholarship for the Massachusetts Institute of Technology. But he gave it up and tried to become an actor. His father called that a disastrous decision. Lundgren gave up a scholarship to become a starving actor. But things worked out great.

Jones launched his career. While on the set of A View to Kill, Roger’s Moore last Bond movie, Grace suggested he try out a part. He played a minor role as a suited KGB henchman named Venz.

Dolph found the entertainment and showbiz industry more rewarding and attractive than chemical engineering. He decided to pursue a career in acting. At the time, he had no formal training. But he was strong, athletic, and a great guy.

At the time, Sylvester Stallone was looking for an imposing fighter to play Ivan Drago. Lundgren sent him videos and pictures through a distant contact. He tried out for the role. But, they turned him down because he was too tall. In the end, he beat 5,000 other people for the breakout role opposite Stallone.

Preparing for the role, he trained in bodybuilding and boxing for five months. He trained six days a week, two times s day. In the morning, he lifted weights and practiced boxing in the afternoon.

Rocky IV was a great movie but did not get the critical acclamation of the three previous movies. But some of Dolph’s lines remain iconic. For example, “If he died, he died” and “I must break you” are among the best lines in the Rocky series.

Some of his movies in the early 1990s include I Come in Peace, Universal Soldier, Joshua Tree, The Shooter, Showdown in Little Tokyo, and more. Stallone said that Lundren is the best thing Russia had at the time.

Lundgren continued making movies into the 2000s and 2010s. He portrayed different characters in The Expendables, War Pigs, Riot, and more. His last movie as an actor is Aquaman in 2018, portraying King Nereus.

Acting is not his only part of the movie industry. He is also a director, producer, and screenwriter. He produced 16 movies, directed 9 movies, and wrote the script for six movies. He started in some of them.

Dolph Lundgren’s assets in 2020 are close to $18 million. His primary source of income is his acting career. Dolph can portray different characters in movies and television series. You can say he mastered almost everything in the film industry. Lundren can act, direct, produce, and write movies. And of course, he is a martial artist.

Dolph is a very likable guy. Despite being tall, big, and strong, you have to like him. He owns a 5,200 square feet house in Los Angeles. He bought it in 2018 for $3.9 million. His mansion has four bedrooms and three bathrooms.

And he drives in style. He has a respectable car collection. But his most prized car is a Ferrari FF. He bought it for $295,000. Dolph has another Ferrari, a 612 Scaglietti model, with a price of $127,942. His garage also includes a Lincoln Navigator and a Toyota Prius. Of course, he has a Prius. Every Hollywood celebrity wants to be an environmental activist nowadays.

Lundren never competed as a professional bodybuilder. Yet, same as other action actors and heroes, he looks like a typical bodybuilder. Since he played Ivan Drago, bodybuilders are trying to reach his level.

He is a poster boy of precise nutrition, supplementation, and exercise. He practices bodybuilding for more than 35 years. In one interview, he says that he works out six days per week. He often does a one-hour session in the morning. His motto is simple, “it is one hour in the day, and you can enjoy the other 23 hours”.

Dolph says that Sylvester Stallone got him into serious bodybuilding. Stallone had a lasting influence on fitness all over the world. Lundgren decided to follow his recommendations. He consumed a higher percentage of protein and split his food intake between five or six meals.

Lundgren also makes money from his autobiographical fitness book. In 2011, he announced he wants to have his own range of vitamins and supplements.

When Dolph came to America, his first relationship was Jamaican singer Grace Jones. He dated her and Paula Barbieri in the 1990s. He married Anette Quilberg in 1994, and they have two children, Ida and Greta Lundren.

Anette was a jewelry designer and fashion stylist, living in Marbella. The couple rented accommodation there for years, before buying a home. They loved living outside Hollywood. Dolph and Anette say that gave their children a normal childhood.

In 2011, the couple divorced. Yet, Dolph still calls her his best friend, and they have a great relationship. He now dates Jenny Sanderson.