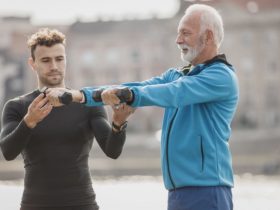 Ipamorelin and CJC-1295 Work Together To Enhance Overall Health

The legalization of cannabis in the US and worldwide has given a start to various studies on the effects of cannabis on our bodies. So there is also a study on our body’s movement. So does marijuana affect the way we walk?

There aren’t many studies at the moment, and the ones we have are currently updating their information with newer findings. It has become extremely important to know and understand how cannabis and cannabis strains like the Crescendo strain can affect our body and how they interact with the endocannabinoid system. So it’s time to take a closer look at such an interesting question as the impact of cannabis on our walking gait and our balance. The study from Australia reveals some exciting information about it.

How can cannabis affect our walking gait?

Recent research shows that cannabis may affect some parts of our psychomotor system, especially our balance and gait. There is a study by Australian researchers that was published in September 2017. It analyses the connection between cannabis use and walking after smoking. We already know that cannabinoid receptors are situated in the brain parts involved in movement control, like the cerebral cortex and cerebellum. The regular use of cannabis can lead to structural and functional changes at the cerebral level.

So the main goal of the study was to find the effects of cannabis on regular smokers and how it affects the ability to balance and walk.

How was the study conducted?

They were between the ages of 20 and 30. The first group was 22 people who didn’t use marijuana, and the second group consisted of people who had already tried marijuana more than five times before and didn’t have any history of illicit stimulant or opioid use.

All 44 individuals completed a series of tests to analyze the effects of cannabis on the locomotor system. At first, they passed drug tests and confirmed the presence of marijuana. After that, they had to pass a balance and a walking gait test. Scientists used a motion-capture system for each individual to receive clear results.

What was the conclusion of the study?

After conducting the study and learning the effects on cannabis users and non-users of cannabis, researchers came to a few significant conclusions. Some of the information they received confirmed the data from previous research they already had. However, they also received some new and precious information.

According to the data from this research, there wasn’t almost any difference between the two groups of individuals. Their walking speed, balance, and neurological parameters were almost the same. However, cannabis can have some impact on regular cannabis users in the following ways:

The results of research show that there are minimal body changes and motor skills changes. They are so minimal that they are almost imperceptible at the clinical level.

However, it was a small study, and we still have to do some more to answer various questions and cannabis and the way we walk. For example, we still want to know the answers to these questions. Does a higher amount of THC mean a bigger impact on our movement? Can the strain change the level of impairment or not?

What other research says?

There was a study from 2006 that was published in Neuropsychopharmacology. It states that cannabis use with high THC (more than 13%) can cause deterioration of executive function and inhibitory motor control.

The impact on cannabis users lasts for over six hours after consumption, including balance changes. However, a change in balance was better seen during the first two hours. However, we need more studies with lower THC doses to receive reliable results.

In 2008, another study found a change in the stability and balance of people when they receive high doses of THC.

These studies show us that there is a relationship between high doses of marijuana and changes in movement. However, all these studies were small and contained a small number of people. 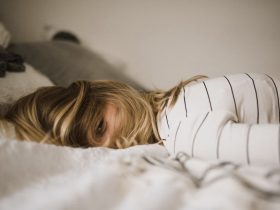 How New Mattress Toppers Can Help You Beat Insomnia 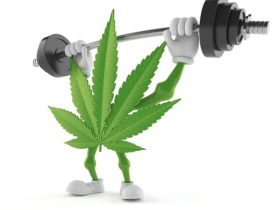 Cannabis For Post-Workout Recovery: Tips To Use It Right