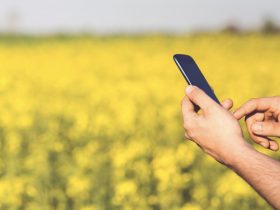 Reasons Why High-Tech Farming is a Profitable Business

There are a lot of different factors that go into an efficient and productive worker, including issues with motivation, engagement, a healthy workspace, and so on. However, the nuts and bolts of how, exactly, your team manages and handles their workload is always going to play a significant factor. But how do you help your team members with their own workloads? Here are a few ways.

Track and report it

The first thing that you should do is get an idea of what work everyone is doing. It’s vital to be able to track their workload, whether it’s their part in a larger project via a project manager or with workplace communication software that has them able to mark and report their progress. By finding the KPIs they can use to show their productivity or simply by encouraging them to share their progress and objectives met on a regular basis, you can get a lot more transparency on their workloads, which can make it easier to pinpoint any potential issues.

One of the problems that your team might have is that they know the work that they have to do, but they’re not entirely sure as to what the goal or objective, overall, is. If there’s a specific target or aim that you want them to hit within their regular tasks. To that end, you need to make sure that there is precision in your communications and proactive establishment of expectations and wants. If you’re not in frequent communication with your team, whether it’s via well-managed team meetings or even an end-of-the-week report, it’s all easy for them to waste time on projects or goals that aren’t a priority to you, since you didn’t bring them up to speed on what they should be focusing on, instead.

Of course, even if you layout your expectations with clarity and precision, that doesn’t mean that they’re always going to be followed to the letter. It’s all too easy for people to forget, or to let certain aims and projects go by the wayside if other priorities come along. To make sure they don’t lose the thread completely, you should encourage your team to make use of tools to keep track. They can be as simple as a to-do list tool that they can keep on their desktop, in their browser, or on their smartphone. It doesn’t need to be overly fancy, just something to make sure they’re not forgetting the tasks they’ve committed to finishing. 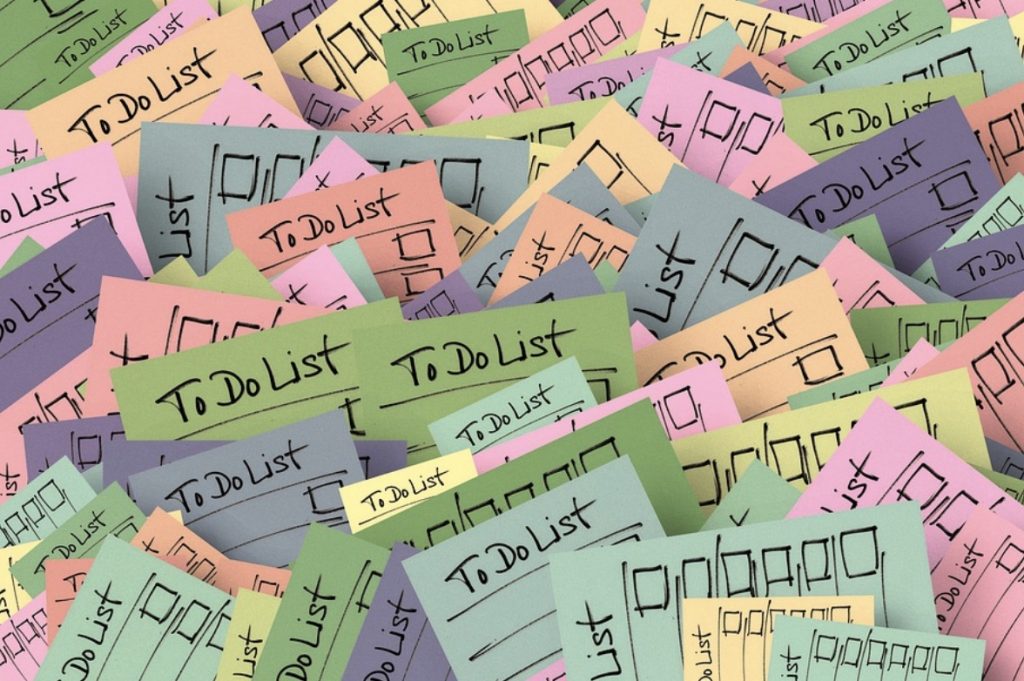 In any fast-paced, serious work environment, it’s all too easy to have the experience of taking on more work than you’re feasibly able to handle. While there should be steps taken to manage that (which we will break down later), it can be difficult sometimes to do that and your team is going to need to be able to know what they should put to the side. As such, rather than having just one list of goals or tasks for the day, they should consider having two: a to-do list and a to-don’t list. The latter is going to be a list of all the things that they can really put to the side and to do another day without any consequences or repercussions. Of course, if any overarching goal or expectation is likely to be jeopardized because of something they’re not able to handle, they should keep you or their supervisor updated.

Teach them how to prioritize their work

Once they have a good idea of what they should and shouldn’t do within a day, teaching them how to prioritize their work can help you and your team develop an idea of how much time to give to each task. Indeed, working out the priority of each task also plays an important role in the above tip, to begin with. There are a lot of tools to help them do this, but a priority matrix might be the best suited to the task. This is, effectively, a tool that is used to order tasks by two criteria. The first is how important they are to your overall, larger goals, and the second is how time-sensitive they are, how important it is that they are completed sooner rather than later. With a priority matrix, you can make sure that you’re accounting for both of these factors, so you’re able to make sure that you’re always putting time towards the most important tasks, but you’re not letting those urgent matters slip to the wayside, either.

Time blocks can help them see how it all fits

Once your worker has an understanding of what they can and can’t get done during the day, it’s all about making sure that they set out the time that they need to do it. Separating the day into time blocks can be one of the single best ways to do that. This means figuring out how much working time they have throughout the day, then separating it into blocks that can be divided up and dedicated to specific tasks. As such, a worker can spend 15 minutes in the morning checking the emails, 45 minutes scheduling social media posts, an hour in a meeting, and so on. By fitting different tasks into the day, they can get a much better understanding of what they can feasibly get done on any particular day. They can also make sure that they aren’t spending too much time on one task by setting up alarms or reminders for when they should be moving on to another. 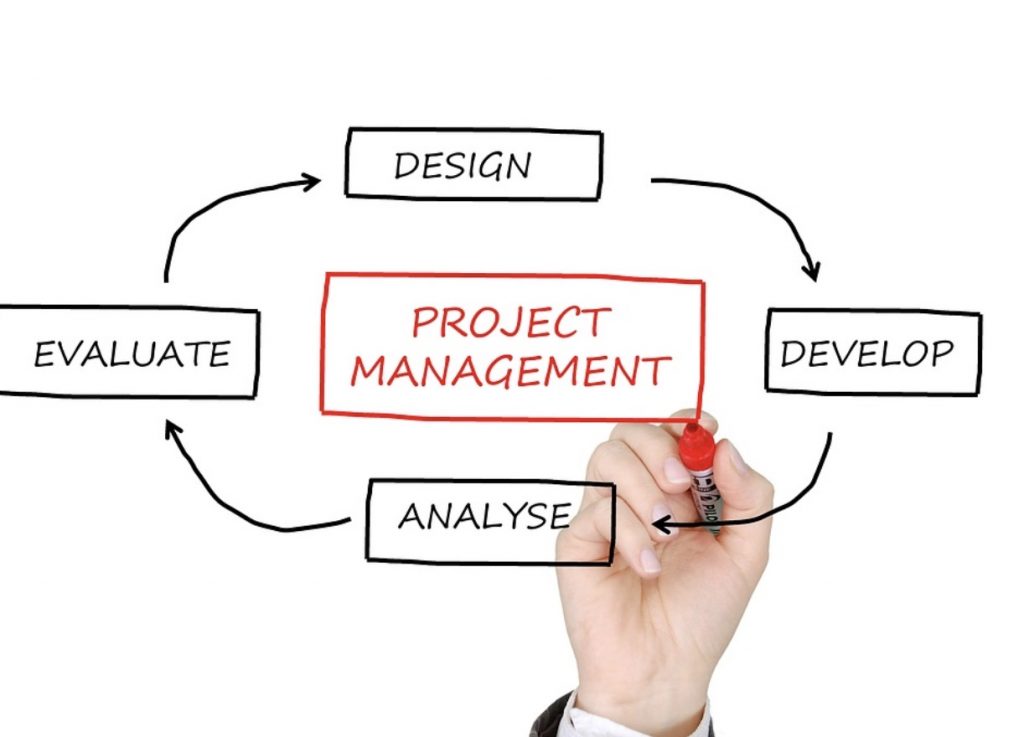 Break down bigger projects with them

Sometimes, the sheer size or complexity of a project can make it difficult to tackle. There are might be several things that a worker has to do at once, which can lead to choice paralysis. What should they focus on first? Where is their time best spent? Rather than thinking of it as one job, you can help them better learn to deal with a larger project by teaching them to break it down into individual steps. The natural order of which things to do can start to appear and they can begin to use the tips above to make sure that they’re prioritizing the most important parts of that project’s progress first and chip away at it a day at a time, rather than feeling pressured to finish it all at once.

Ensure their efforts are being spent in the right place

Accountability and the ability to offer feedback on how your team manages their workload can be crucial as well. Getting a good idea of where they’re spending their energy every day and how and when they’re at their most productive towards certain tasks can help you adjust their schedules to make sure that you’re both getting the most out of a workday. This can be one of the biggest benefits of keeping detailed timesheets. Of course, using timesheet software can make sure that your team doesn’t have to spend too much of their day submitting it manually. You don’t want the process of organizing and managing the workload to overtake the time needed to actually do the work.

As well as helping them manage their overall workload by better helping them schedule and prioritize their individual tasks and ensuring that they’re heading towards the objectives that matter most, you can also take a closer look at how, exactly, they complete those tasks. For those that have to be repeated on a regular basis or make up a core element of their overall job description, you should make sure that they’re doing it in the most efficient and effective manner possible. This is the main benefit of systematizing their workload. Systematizing work tasks means going over how it is currently done, finding out if there is a better way to do it and, once it’s found, documenting it so that anyone who comes across the task in future can quickly learn the most effective method rather than having to try and find it out for themselves.

Have them learn the importance of saying “no”

As mentioned, it’s very easy for the work to keep piling on an individual’s plate until they have more than they can possibly do in a timely manner. Rather than just learning how to prioritize their workload, it’s important to make sure that they know how to say no when they already have enough on their plate. This means that you and your management team if you have any, need to be willing to hear that. If an employee is unable to take care of an additional task, then be ready to help them, whether by absolving them of another task or by giving them someone to delegate to, temporarily.

There’s a lot you can do to help your employees manage their workload, without needing to micromanage all of the time. Consider the strategies above and make sure that you’re taking systemic approaches, rather than just fixing one individual problem at a time. 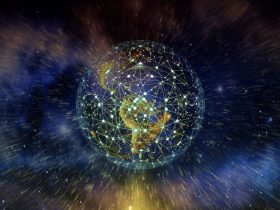 What Are Non Fungible Token: Why To Invest In 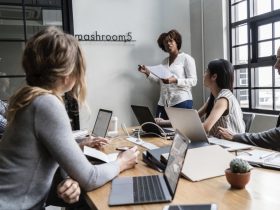