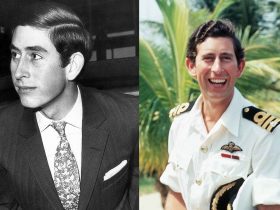 8 Rare Photos Of Prince Charles When He Was Young

When you think of Reggaeton artists, you think Dominican Republic, Puerto Rico, and similar countries. But Arcangel is different and unique in that regard. Born in New York, he is a true American Reggaeton artist. And he is one of the most successful ones. Arcangel moved to Puerto Rico in 2002 to learn more about the music. How much is Arcangel’s fortune in 2020?

Born in New York in 1985, Arcangel released his first debut album in 2008. His mother participated in an all-women merengue group. In 2002, he moved to Puerto Rico and formed an underground reggaeton band.

Called Arcangel & De La Ghetto, the band helped him gain international popularity. In 2008, he released his debut album El Fenomeno. The album contains songs produced by the band. As of June 2020, Arcangel’s cash flow is over $10 million.

Arcangel’s parents are of Dominican descent. Born in New York, he grew up in Puerto Rico. And his mother was a member of a merengue group. These factors helped shape his career path. He grew up listening to different types of music. Initially, he was a fan of rock music. He loved Robi Draco Rosa, a Puerto Rican pop-rock artist.

As a young child, he didn’t love reggaeton. He still says it is not his favorite type of music. But, it is easy to sing it. During the early 2000s, he moved to Puerto Rico. There, he developed an interest in this new kind of music.

He wanted to pursue a full-time reggaeton career. In Puerto Rico, the young artist formed the underground duo Arcangel & De La Ghetto. They signed to Baby Records, a subsidiary of Universal Music Group. During 2004, they recorded for reggaeton compilation albums. And in 2006 they rose to fame thanks to their song Ven Pegate.

The duo never released an album. They only participated in other tracks and compilation albums. Baby Records didn’t want to release an album by Arcangel & De La Ghetto. Arcangel spent $150,000 on producing an album. After Baby Records turned it down, the songs got leaked onto the Internet. In December 2006, Arcangel left the record company and embarked on a solo career.

In the beginning, he worked with other reggaeton producers and performers on compilation albums. In 2007, he was part of the successful Flow la Discoteka 2 album. DJ Nelson produced the album. The whole album contained songs by up-and-coming artists. Arcangel’s single Chica Virtual peaked at Number 9 on the Billboard Latin Rhythm Airplay chart. It peaked at Number 22 on Billboard Hot Latin.

During 2008, tracks of his upcoming album got leaked to the Internet. This canceled his plans for a solo album.

But there were also new and original songs for the album. In 2009, he went on a European tour to promote his album. The tour stopped in Germany, Portugal, Spain, England, the Netherlands, France, and Denmark.

In April 2010, he released his new mixtape, The Problem Child. In February 2012, Arcangel signed with Pina Records. He joined the team La Formula. He is set to release his album Sentimiento, Elegancia y Maldad under Pina Records.

Who is the Richest Reggaeton Artist?

In the past few years, reggaeton music took over the world. It is the hottest Latin music. It is no surprise Arcangel’s fortune is over $10 million. But who are some of the richest reggaeton artists?

Global hit-makers love the Latin sound. Reggaeton artists rise up in the influential ranks. Daddy Yankee is the big boss in the industry. He is the highest-paid artist with assets of more than $30 million. Daddy started the movement, and his catchy hits helped pave the way for other artists.

Second on that list is Wisin, a producer and a singer. He has assets of more than $20 million. Arcangel, with his assets of $10 million, falls into the Top 5 group.

Maluma, one of the hottest and most famous artists in the genre rounds up the group. He has assets of $12 million.

Over the years, Arcangel earned a couple of awards and achievements. He managed to reach the Number 9 on the Billboard Latin Rhythm Airplay chart.

His mother, a former member of a merengue group helps him in his career. She co-founded the group Las chicas del Can. She knows a thing or two about success in the world of Latin music.

Arcangel has a son with his former wife Alejandra Pascual. Their son came to this world in 2017. Since then, they broke up. In 2019, the reggaeton artist got into legal trouble for domestic battery.