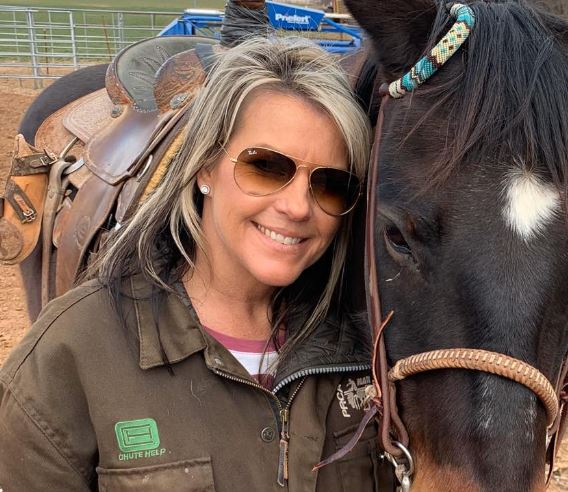 Anna Wintour, one of the most influential people in fashion, once had a bad outfit day. Can you believe it? Well, of course, she didn’t wake up and started working as a Vogue editor. At one point in her lifetime, she was also trying to follow fashion styles. And she had her bad days as well. Looking at photos of young Anna Wintour, we can see a couple of outfits we know she hates.

Anna has served as the editor-in-chief of Vogue since 1988. She is also a global editorial director of Vogue. We all recognize her for the signature pageboy bob haircut and dark sunglasses.

But let’s take a look at some photos of young Anna Wintour. How did she start her career? Well, her father worked as the editor of the London Evening Standard from 1959 to 1976. And he consulted her on how to make the newspaper relevant to the youth of the era.

And that teased her interest in journalism. But also fashion. As a teenager, Anna loved fashion and started as a fashion journalist in British magazines. She then moved to the US and worked for House & Garden.

At one point, Anna returned to London and served as the editor of British Vogue from 1985 to 1987. Just one year later, she assumed control of the magazine in New York. At the time, many considered the US Vogue a stagnating publication. But she managed to revive it and use the magazine as a tool to shape the fashion industry.

Anna wakes up before 6 pm, plays tennis, has people doing her hair and makeup, and then goes to the Vogue offices two hours later. Famous for arriving at fashion shows well before the scheduled start, Wintour uses the waiting time to make notes and phone calls.

Anna rarely stays for parties and goes to bed before 10:15 every night. The Vogue editor-in-chief has large control over everything that happens. She doesn’t even allow photographers to take pictures until she checks and approves their Polaroids of the setup and clothing. But she doesn’t pay as much attention to the text. Wintour leaves the written work to others.

The photos we will see show a different Anna Wintour. One that probably went to a few parties. She always had a taste for fashion and style. But you can see she was not the mesmerizing lady we see now.

Anna supports the Democratic Party since 2000. And she often co-hosts or hosts fundraisers for the Party. Here are some photos of young Anna Wintour to take a journey into the past. 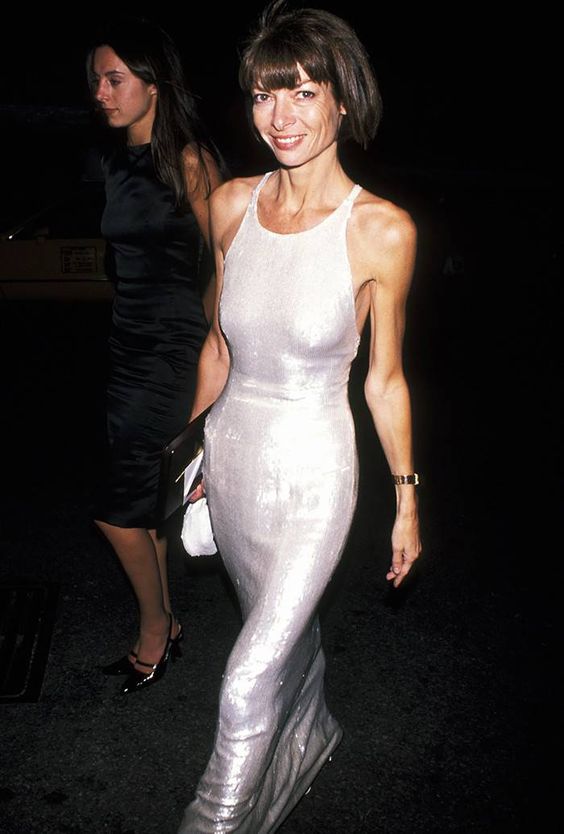 You will rarely see Anna Wintour nowadays in a glitter dress. But back in the days, she experimented with everything in fashion. And that is how she developed her signature style. 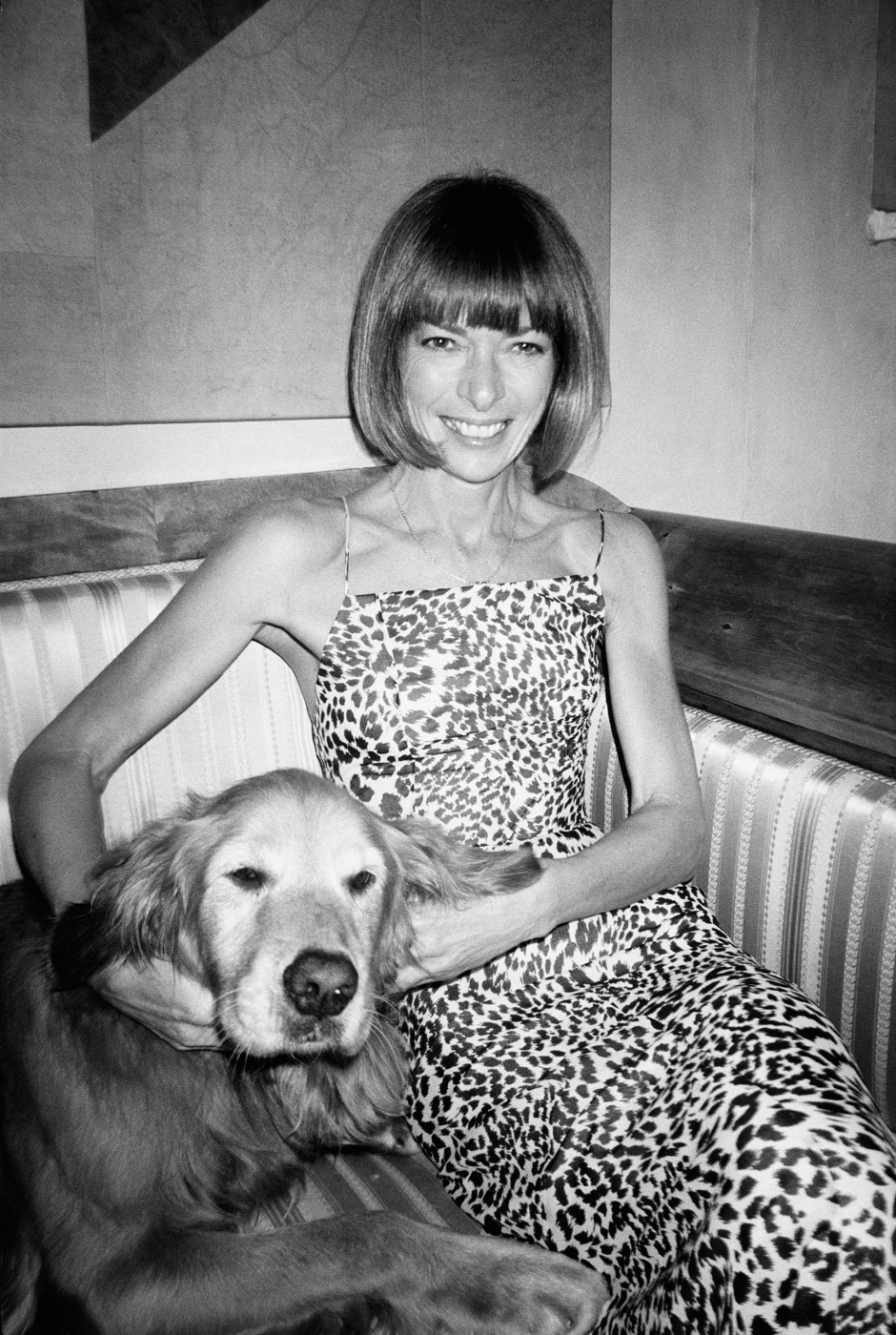 PETA often criticizes Wintour for her use of fur. But the Vogue editor-in-chief supports animals and animal rights. She has supported animals since her young days. Here is a photo of her and her Labrador Retriever. 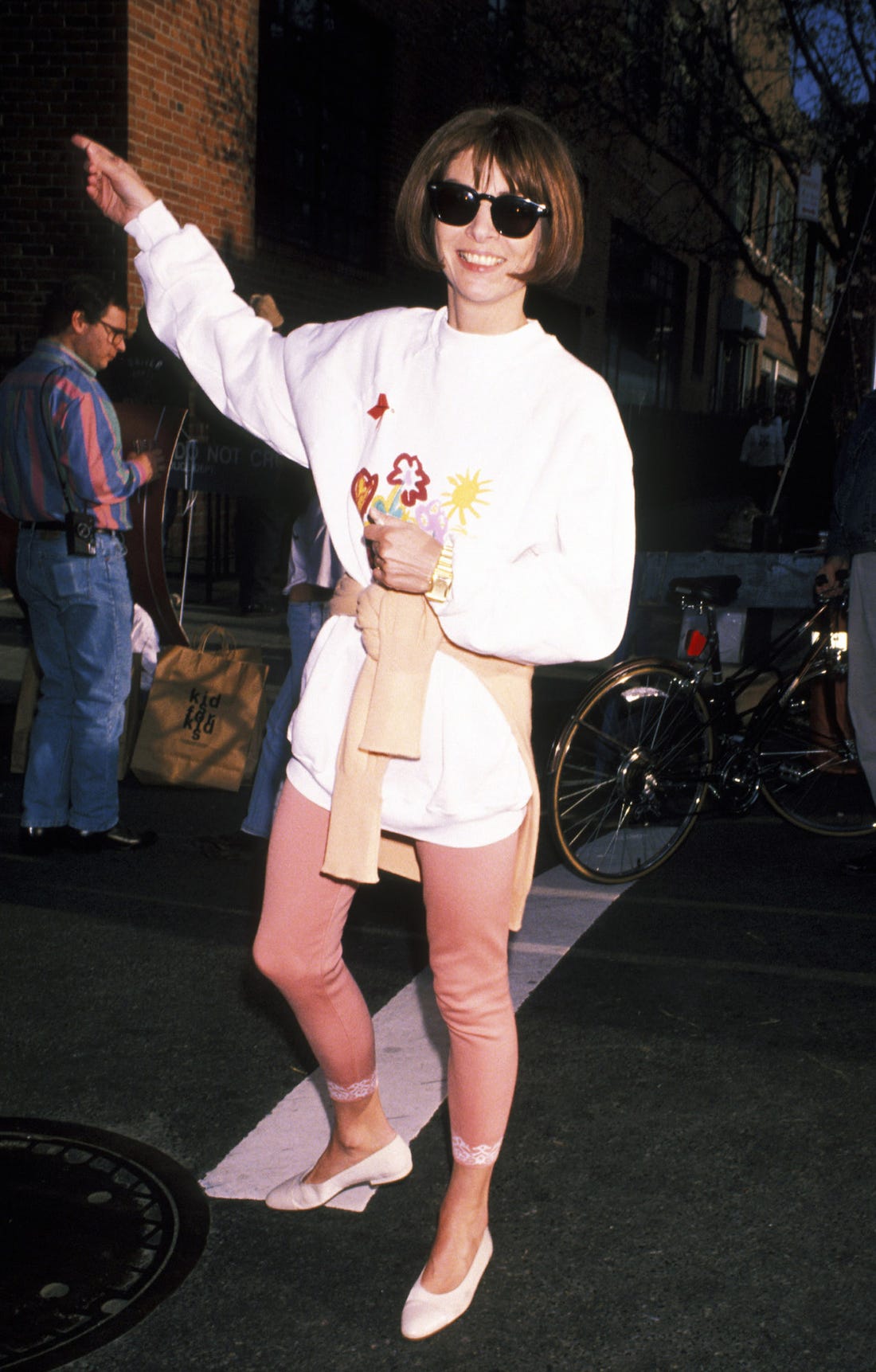 We can only assume this photo got taken during her teenage years. Notice how childish and childlike she looks. Anna wearing flats and an oversized blouse? Now that is a rare photo. 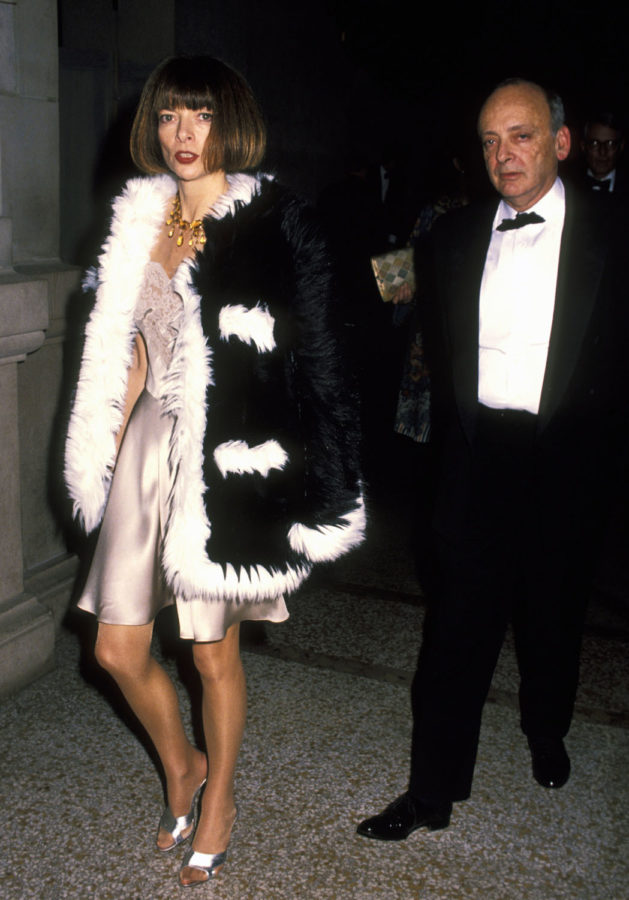 You can instantly recognize Anna nowadays thanks to her fur coats. And that is a statement piece of clothing she wore since her younger days. Her younger days featured a lot of amazing style moments like glitzy evening gowns, Chanel suits, and some wild cards here and there. 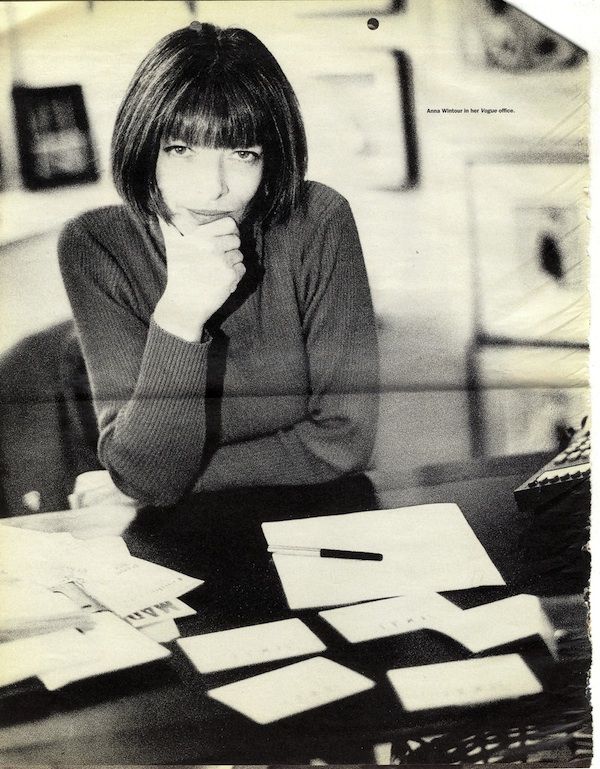 This photo is from an interview Anna did in 1993. You might not recognize it as the 1990s era. After all, the 1990s featured a lot of flashy outfits. But at the time, Anna kept it simple. 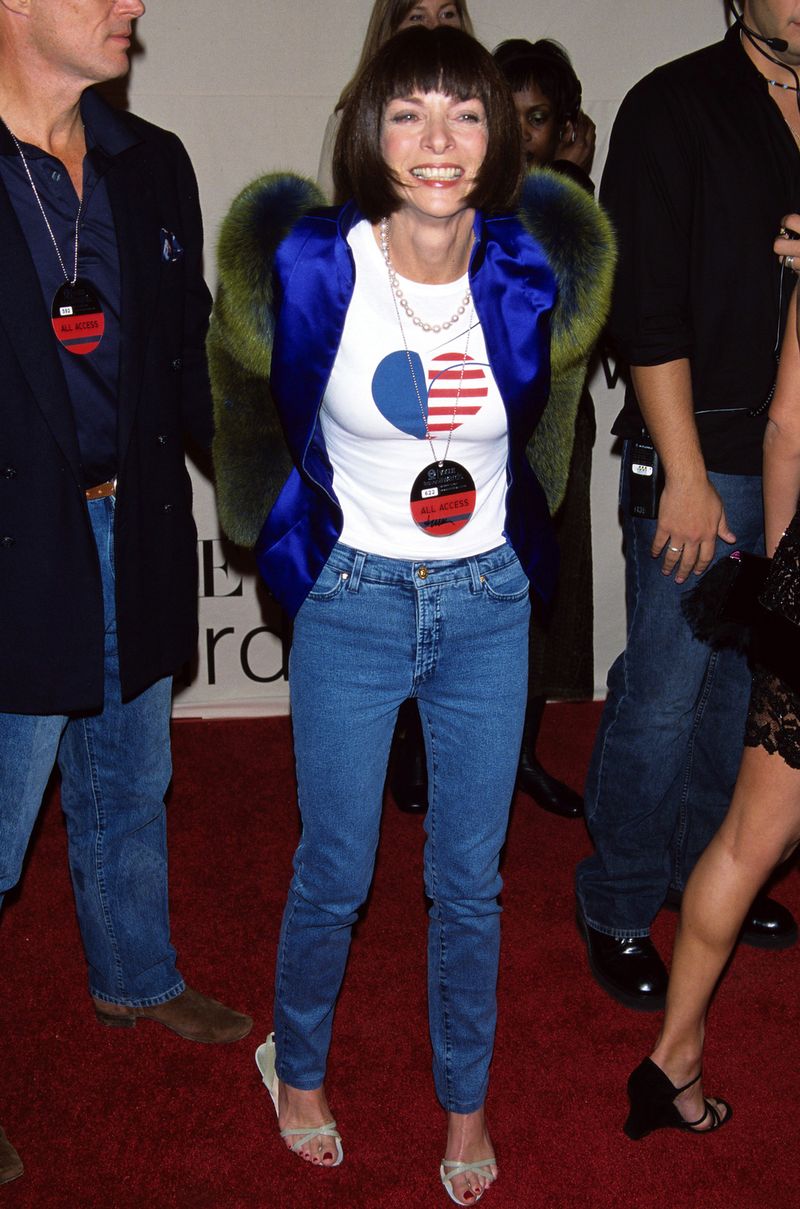 Yes, this might surprise you, but Anna wore jeans. And she even wore jeans after starting her work at Vogue. Nowadays, you will have a hard time catching her in jeans. But back in the days, anything could happen. Even Anna Wintour in jeans at an event. 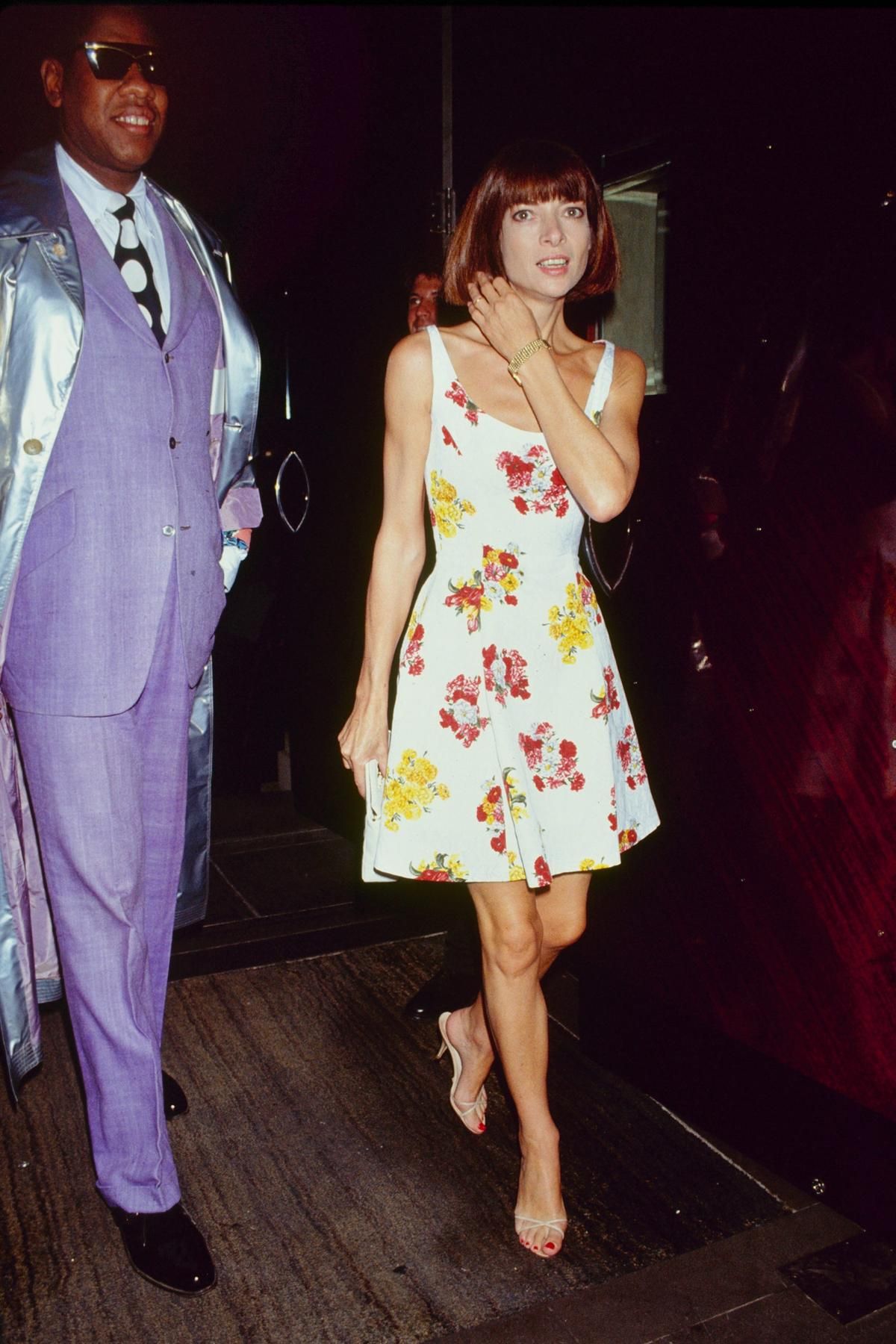 We love to take a look back in time and see how Anna developed and evolved her fashion style. During the 1980s, Anna wore a couple of floral dresses. But fashion dictated that. Nowadays, she dictates fashion. And if she doesn’t like floral dresses, they will not appear in fashion stores. 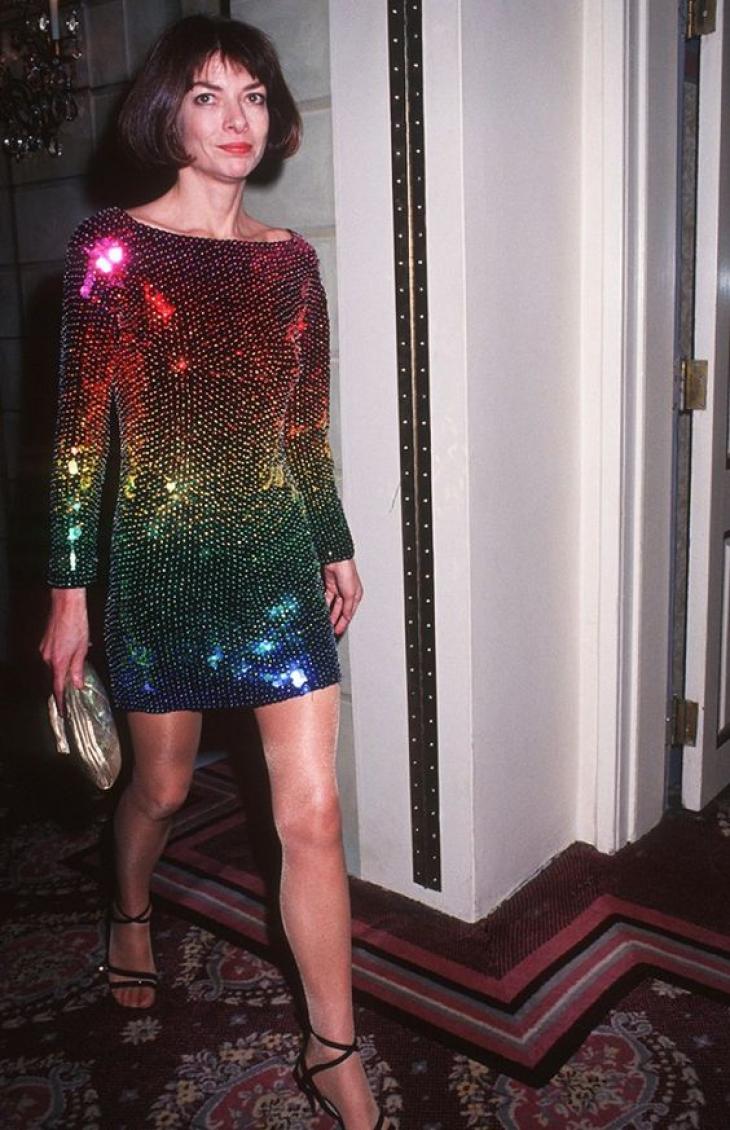 Anna would probably go nuts over this photo. But back in the days, you could see her in a glitzy dress. And a colorful one nevertheless. This is a huge NO-NO today. 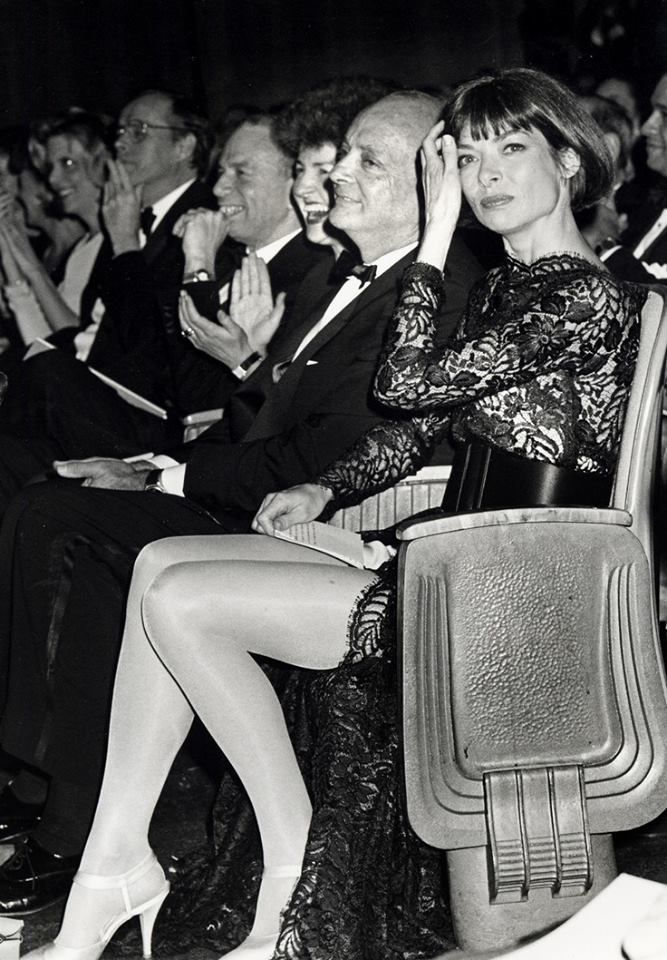 Taken during the CFDA Awards in New York City in 1991, this photo shows the elegance of Vogue’s editor. Wearing a short, black dress with lace, Anna looks sexy and stylish at the same time. Yes, sexy is an adjective you can use for Anna. 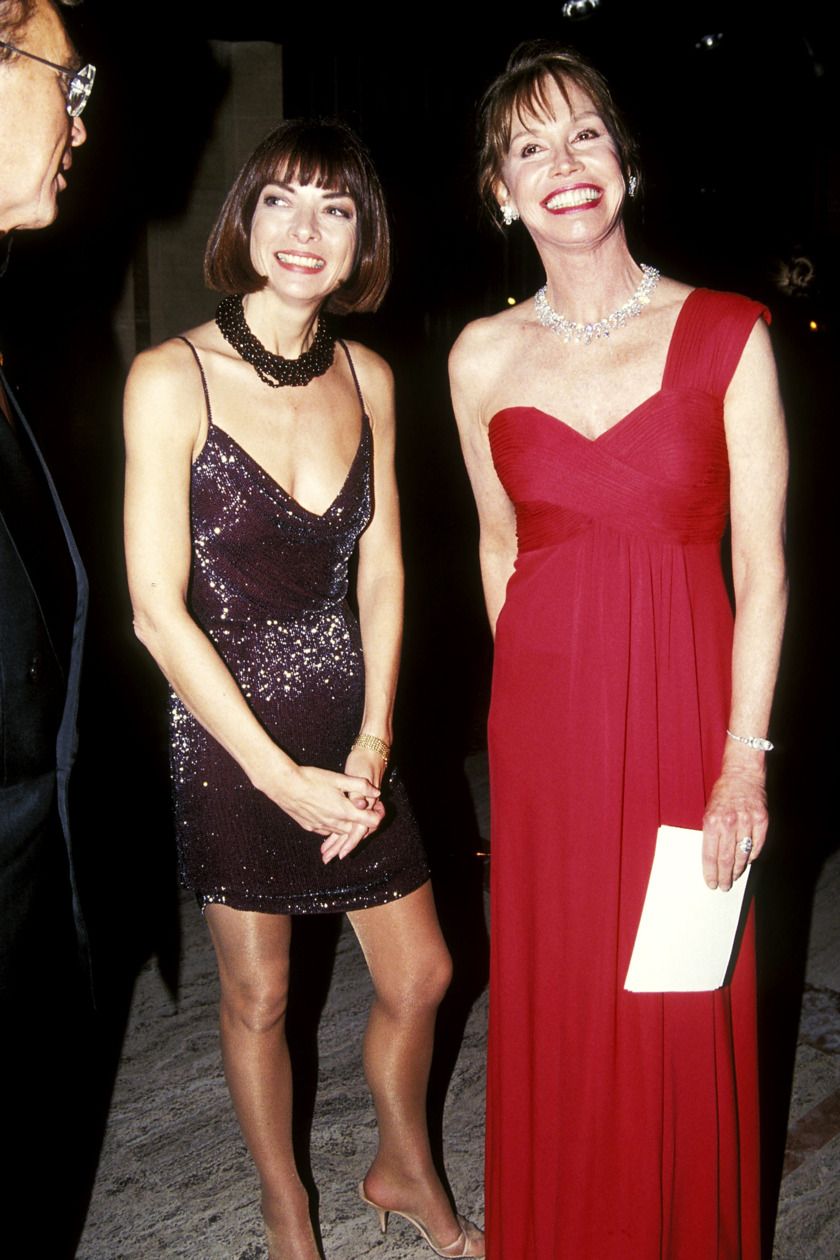 During the 1980s, glitter and sparkles dominated fashion. And at the time, Anna started building her career and fashion style. So, we can assume she wore a couple of dresses that dictated the fashion world. We know she is not a fan of glitter nowadays.

This is a picture of Anna during her early days at Vogue. Even then, she wanted to have as much creative control over the magazine as possible. And that is what helped her revive the US version of Vogue. Nowadays, that magazine dictates the fashion world and helps designers make a career in the fashion world. 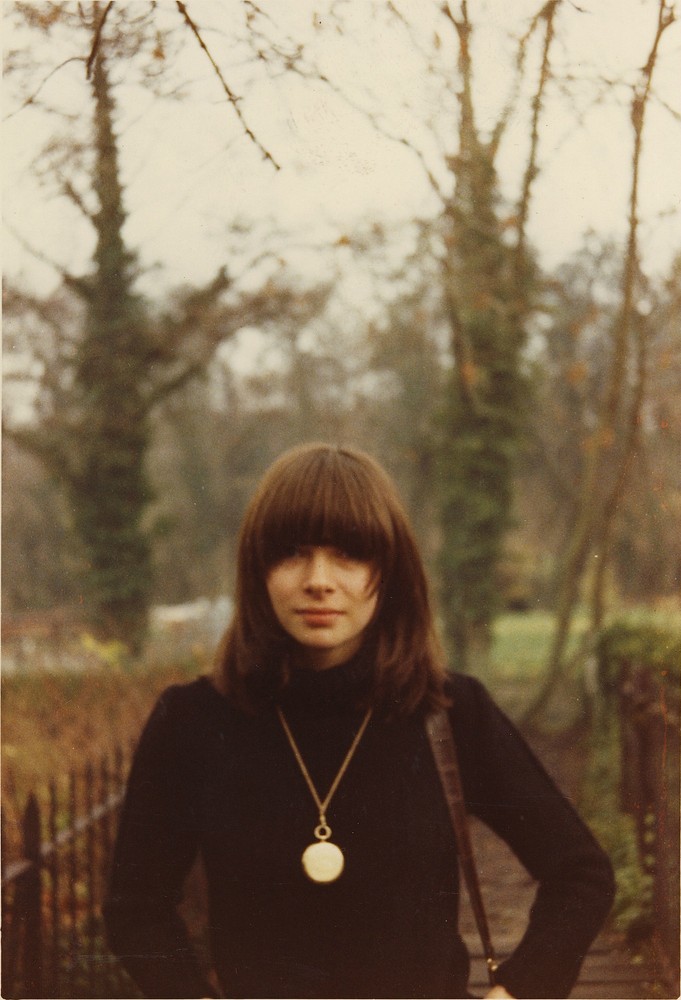 We finish off the list of photos of young Anna Wintour with a teenage Anna. At this point, she started showing interest in fashion and consulted her father for newspaper editions. Can you believe this girl grew into the most influential woman in the fashion world?