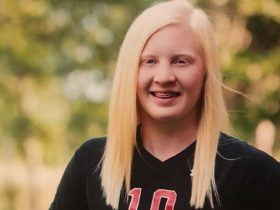 Amanda Bynes is a former American actress. She is best known for her work in television and movies throughout the 1990s, and the early 2000s. She rose to prominence as a child star, appearing in comedy series on Nickelodeon. She even got her own show, The Amanda Show. Her promising career then took a different turn. So, how much money does Amanda Bynes have in 2020?

She is just 34 years old, but she already has a highly publicized personal life. She struggled with substance abuse, alcohol abuse, and faced several legal issues. In 2010, she announced an indefinite hiatus from acting. She never got back to acting, but now has other successful career choices.

Back to Normal Life

In 2013, Bynes went on a Twitter rampage. She started posting photos of celebrities and called them ugly. She started with Jay-Z, then her ex Kid Cudi, and famously even Rihanna.

In February 2020, Amanda posted a new video on Instagram. With her fiancé Paul Michael, she apologized for her past online behavior. She also announced they are 1-year sober.

She said “I am sorry to everyone whom I called ugly on Twitter. I was feeling so ugly at the time, and it was hard for me to express myself at the time because I was so drugged out, and now I’ve remained sober for over a year”.

Her mother says that Amanda needs a controlled environment.

Bynes had a promising career as a child. She procured an agent at the young age of seven. She started in commercials like Barbie and Nestle Crunch. Her commercials helped her get a gig at Nickelodeon. Bynes appeared at a high profile children’s comedy camp, and Nickelodeon hired her.

She started on a teen sketch comedy show, All That. Because of the success of her character and likeability, she got her own spinoff series. Called The Amanda Show, her series made her a household name.

Amanda went on to transition from the small screen to the movie. She appeared in movies like Big Fat Liar, She’s the Man, and What a Girl Wants.

Sadly, one of her movies turned her to the dark side. In She’s the Man, she portrays a boy. When she saw herself in the movie, she got depressed. Amanda didn’t like how she looked like a boy.

She started abusing marijuana and other drugs, moving on to ecstasy. Amanda admitted to trying cocaine a couple of times, but she never liked it.

Amanda eventually started using and abusing Adderall. Drug abuse completely took over her life. She thought Adderall made her more high. She chews a bunch of them daily. She was not able to focus on her lines in movies and memorize them. So, she dropped out of Hall Pass.

By the time she completed her scenes in Easy A, she was deep in a drug-induced haze. Again, she hated her appearance in the movie. She admitted she was high on marijuana when she saw the movie. And, it affected her. Marijuana changed her perception of things and how her brain worked.

Bynes continued her drug abuse and started rampaging on Twitter. Her parents sought court approval to take full control of her life in July 2013. They claimed she used up all her $1.2 million savings in less than one year. She was homeless without a consistent source of income.

In 2013, she also retired via Twitter, thinking she has no purpose in life.

How much money did Bynes earn with her acting career? She started her professional career at the age of 7. Her television debut was in an advertisement for Buncha Crunch candies. In her early days, she grabbed every chance of dong stage shows.

After filming She’s the Man, Teen People named her one of the 25 hottest stars under 25. Bynes even tried herself in the music world. Her popularity allowed her to.

In 2007, she released her song “You Can’t Stop the Beat”. She collaborated with Zac Efron, John Travolta, Queen Latifah, Taylor Parks, Brittany Snow, and other artists.

Her next song was “Without Love”. Here are her highest grossing movies:

During her career, Amanda earned a couple of awards and nominations. In 2011, she was nominated for the MTV Movie Awards. In 2008, she won Critics Choice Awards for Hairspray, shared with other actors. The crew also won the Ensemble of the Year in 2007.

From 2000 to 2004, she won six consecutive Kid’s Choice Awards, four for favorite television actress, and two for favorite movie actress.

What the Future Holds?

So, how much cash flow does Amanda Bynes have in 2020? Well, assets are estimated at close to $6 million. And she found a way to earn more money. In 2014, she enrolled in the fashion institute of Design and Merchandising.

In September 2014, she also left her parents’ control. Amanda found a passion for fashion. She might even get her own line. And most importantly, Amanda wants to re-enter acting on her terms. In her own words, she wants to be “Kind of the same way I did as a kid, which is with excitement and hope for the best”.