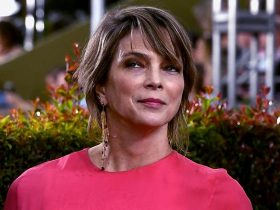 If you do what you love, and you are good at it, you can earn a damn good amount of money. Al Roker is a great example of that. He is an American television weather forecast, actor, and TV personality. Roker worked as a weather anchor since 1974. More than 40 years later, he is now a millionaire. Al Roker wealth is estimated at more than $60 million. And he made his fortune as a weatherman.

Al worked for the Today Show at NBC for more than 20 years. He is a co-anchor, weatherman, and a feature reporter. He is widely recognized as the longtime weatherman on NBC’s Today Show.

We mentioned that Al started working in 1974. He began as a weather anchor for CBS affiliate When-TV in Syracuse, New York. He worked there until 1976 when he moved to SUNY Oswego. At the time, he was also a DJ at the campus radio station. He took a weather casting position at independent station WTTG.

In 1978, he began working with NBC. He started at WKYC in Cleveland, a then NBC owned station. Roker spent five years in Cleveland. He was then promoted to the network’s flagship outlet, WNBC-TV, and returned to New York City. He worked as a weekend weathercaster. After eight months, he became the station’s regular weeknight weathercaster. He replaced the 27-year veteran, Dr. Frank Field.

David Letterman helped him get wider exposure. He asked him to join in an elevator race on an episode of the Late Night with David Letterman. The talk show taped across the hall from the WNBC news studio. Thanks to Letterman, Al became the forecaster for Weekend Today.

There is no report on why Al Roker assets doubled in only one year. Possible factors include his many career posts, including his recent reprisal on Broadway. He got to Broadway for a second time. He will perform with former American Idol winner Jordin Sparks.

But there is also another factor. Many people left NBC because of various reasons. For example, the firing of the lead anchor Matt Lauer in 2017 due to sexual misconduct allegations. Lauer had a deal of $20 million per year on the show. His replacement, Hoda Kotb, gets $18 million less. That left a lot of money on the table for other hosts and co-hosts.

Megyn Kelly was also released from her contract. She had a deal of $69 million for three years. The studio fired her due to racially insensitive remarks. Her firing also left more money in the till.

With so many people leaving NBC, there was money on the table. And Roker got a better contract. He is definitely thankful for his new cash flow and salary.

Al Roker has some Guinness World Records in his pocket. He started the Roker-thon in 2014. In the first Roker-thon, he did a non-stop, 34-hour weather forecast on NBC. He started at 10:05 pm on November 12 and went until 8 am on November 14. It was a record-setting event, but also a fundraiser for the Crowdrise campaign. The money went to the military and USO.

For his second Roker-thon, he reported the weather from all 50 states and Washington DC. The event lasted from November 6 to November 13, 2015. This time, he supported Feeding America.

For his third Roker-thon, he visited colleges across America from March 27 until March 31. He set a World Record at each one, like the longest conga line on ice. Or, the largest human letter.

Roker first got married in 1984 to a WNBC producer Alice Bell. They divorced in 1994. The couple has a daughter Courtney, born in 1987.

In 1995, he married fellow journalist Deborah Roberts. She worked for both ABC and NBC. The couple met in 1990 when she joined NBC as a reporter. Al has two children with Deborah, Leila born in 1998, and Nicholas born in 2002.

Roker is not only a weatherman, but he is also an entertainer. He shines in entertainment fields and day to days life activities. For example, in 2010, he ran in the New York City Marathon. Al supports many many charitable organizations, including Ronald McDonald House Charities. Some people consider him an American hero.

Al served as the official spokesperson for Amtrak’s National train Day. The event took place on May 10, 2008. Roker is also an honorary member of the Pin Beta Sigma fraternity.

Al Roker wealth is close to $60 million. He can afford to spend on luxurious and exclusive things. But he spends most of his money on his glasses. He is recognizable by his unique glasses. He wears them in different colors. And they are often designer pair. Some of his glasses cost more than $300 per pair.

The glasses suit his fashionable style perfectly. Some people wear ties, some bow ties, but Al wears glasses. You can recognize him instantly.